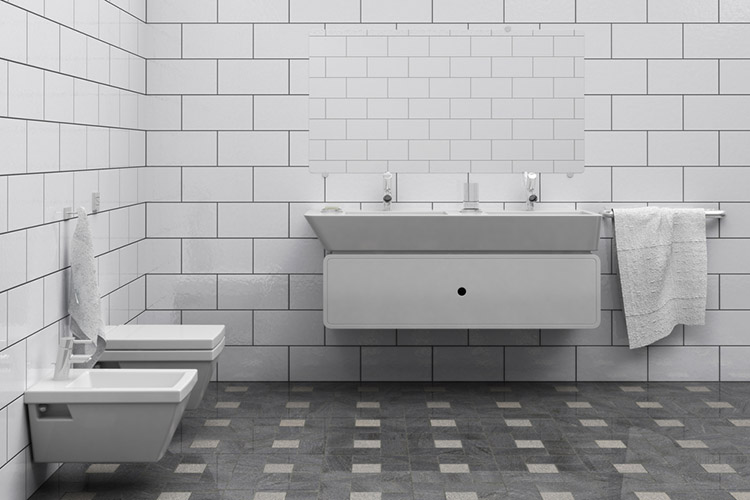 While the towel rack is a vital part of the bathroom, it is often treated as a forlorn addition. At a glance, the installation of the towel rack seems to be pretty straightforward. However, the truth is that you do need to consider several factors first before deciding on where to install this standard bathroom hardware.

Several tower rack placements are available in the bathroom, but the connecting thread with all of these options is visibility, accessibility, and convenience. Hence, the tower rack is best installed next to the sink, shower, bathtub, and behind the door.

Choosing where to put a towel rack in your bathroom should not be considered an afterthought. Installing this bathroom hardware in the best place will provide excellent convenience over time.

Best Places in the Bathroom to Install the Towel Rack 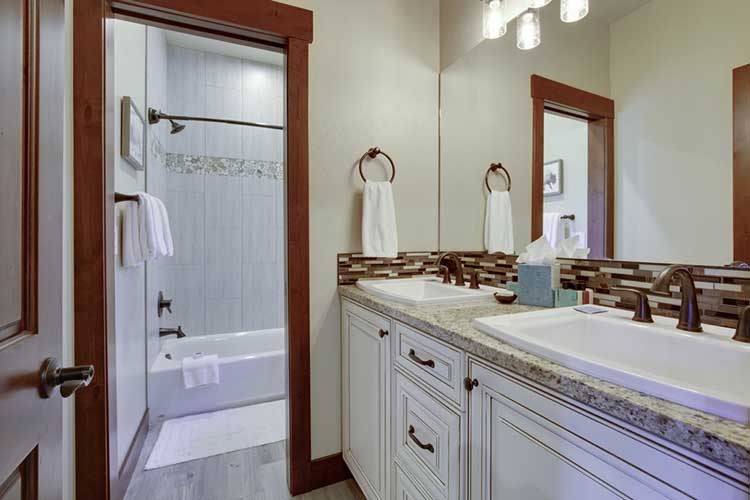 1. Beside the Bathroom Sink

Probably the most convenient and common location to install the towel rack is right beside the bathroom sink. In this location, you can quickly grab the towel after washing your face on the basin. The chances are that you can still catch the towel from the shower stall without any difficulty. Having the towel rack beside the sink is ideal in smaller bathrooms.

2. Behind the Bathroom and Shower Door

If we consider the factors such as visibility, accessibility, and convenience, then the bathroom or shower door will be the best place to install the towel rack. Placing the tower rack behind or beside the shower door is a good idea for those who have a shower stall. This location will allow you to easily reach the towel from the inside without stepping out of the booth.

Also, having the towel rack within arm’s reach outside the shower stall will reduce the risk of accidents such as slipping. Make sure your shower door swings open conveniently so that you can reach the towel rack easily.

3. Adjacent to the Shower

If you don’t have a shower stall, placing the tower rack to a wall adjacent to the shower will be a good alternative. Putting it a decent distance away from the showerhead prevents it from getting soaked while still allowing you to reach for it comfortably without leaving the stall or tub.

For those who live in cold climate areas, having the tower rack within the shower stall might be a good idea to avoid the biting cold. However, this can only be achieved if your shower stall is longer than the standard size. In addition, you wouldn’t want to get your towel soaking wet when taking a shower, as that defeats the whole point of the towel.

Standard Height of a Towel Rack

Once you have located the best spot to install the tower rack, the next order of business is to figure out how high it should be from the floor. The industry standard of towel rack height is approximately 48 inches. On average, you can have the tower rack installed between a range of 44 to 56 inches. For children’s bathrooms, the tower rack should be hanged lower than average.

Towel Bar and Towel Hooks – Which is Better?

The towel rack is not just a fixture to hold your towel; it should also dry the towel off. So, which of the two can accomplish this particular functionality better? Well, since a bar can even hang the towel evenly, it can provide better drying capabilities than a towel hook. Therefore, some bathrooms feature the towel bar primarily for drying and then moving the towel to a hook afterward.

The post Where To Put A Towel Rack In The Bathroom? appeared first on The Toilet Zone.