Swedish cardamom buns are traditional pastries, or kanelbullar, that are filled with cinnamon or cardamom butter and drizzled with a sweet glaze. They’re meant to be enjoyed with others as part of a relaxing afternoon break ritual known as fika, along with coffee or tea.

If we all ate fika, I think the world would be a much better place. Fika is a Scandinavian ritual, like afternoon tea. Traditionally, a range of spiced buns are served that you share with your neighbours, people you work with or friends (imaginary or otherwise). It’s such a great custom and even the mighty Volvo plant in Sweden stops for fika every day.

What follows here are the recipes for three different flavour buns, all made from the same dough, but with different fillings (butters) and glazes. We recommend the Milky Way glaze with the cinnamon bun, the coffee glaze with the cardamom and orange bun and the orange glaze with the Nutella bun, but it’s totally up to you. We’ve given quantities for the butter and glaze recipes, but to be honest, you can adjust them depending on whether you want a subtle hint of flavour or a big mouthful, so don’t feel tied down to the measurements.–Kitty and Al Tait

Fika isn’t really something that’s eaten – it’s a way of life in Sweden. It’s mostly about having a bit of a break with friends, family, or coworkers. You can “have a fika” simply by bringing folks together and chatting. The key is taking those breaks to relax and unwind a bit. And pastries? They’re typically available during those breaks. In Swedish bakeries, pastries such as kanelbullar (cinnamon buns) and kardemummabullar (cardamom buns) are often called fikabröd (fika bread). There you have it. Go forth and fika.

Can almond milk be substituted for dairy milk?

Yes. Unsweetened almond milk, coconut milk, or soy milk can be used one-for-one in place of dairy milk for these Swedish buns. Watch your buns while baking though, almond milk may cause them to bake a bit more quickly.

How do I host a fika? 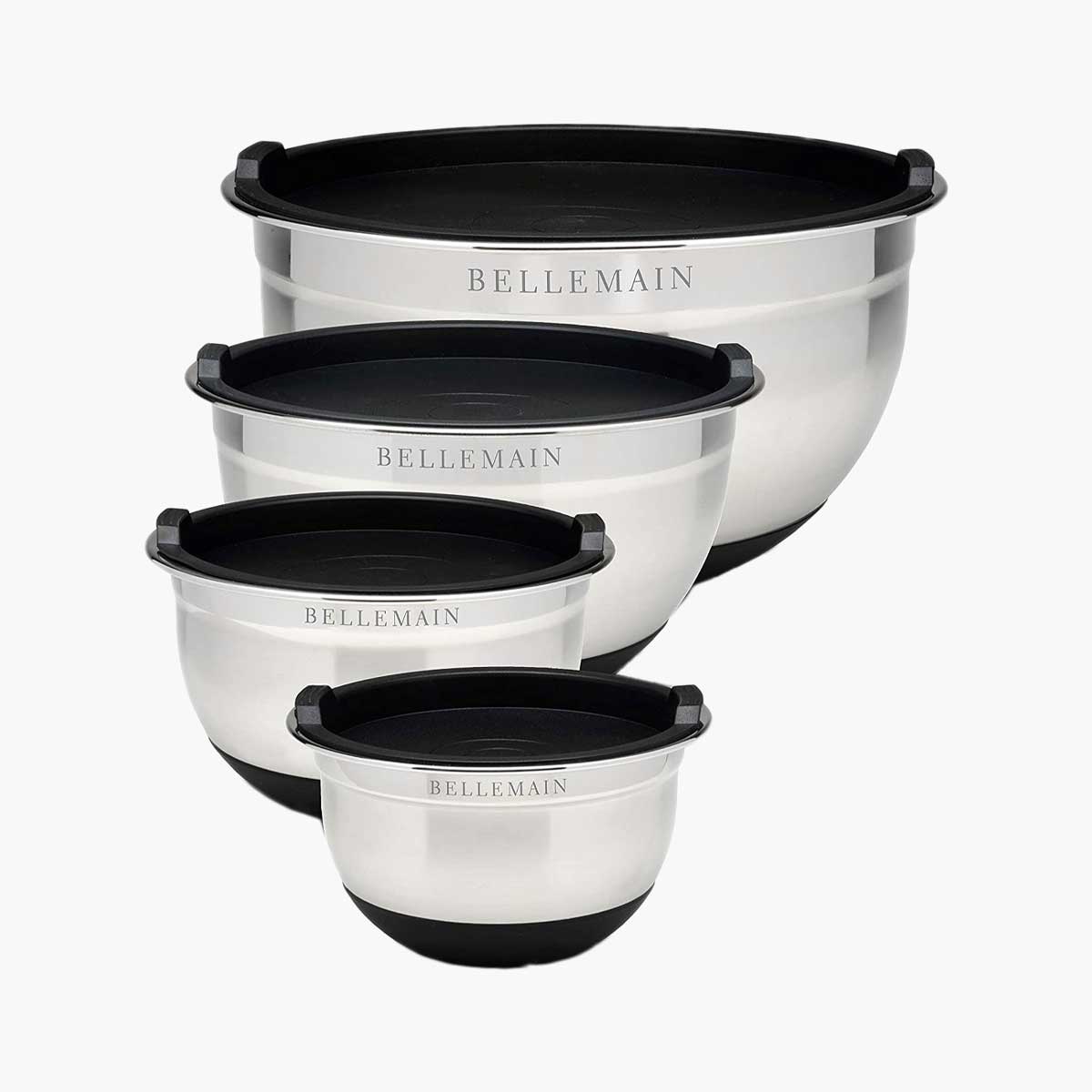 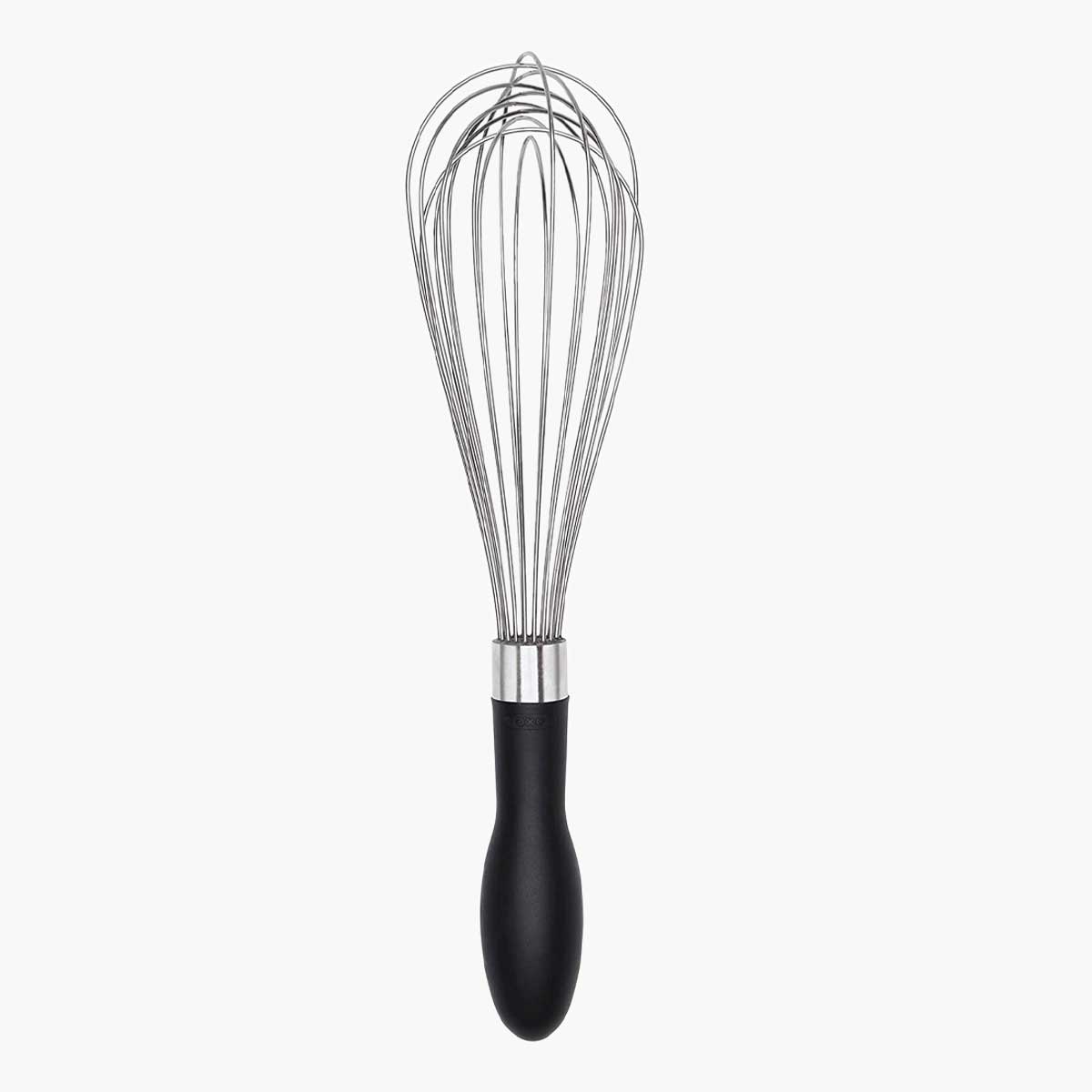 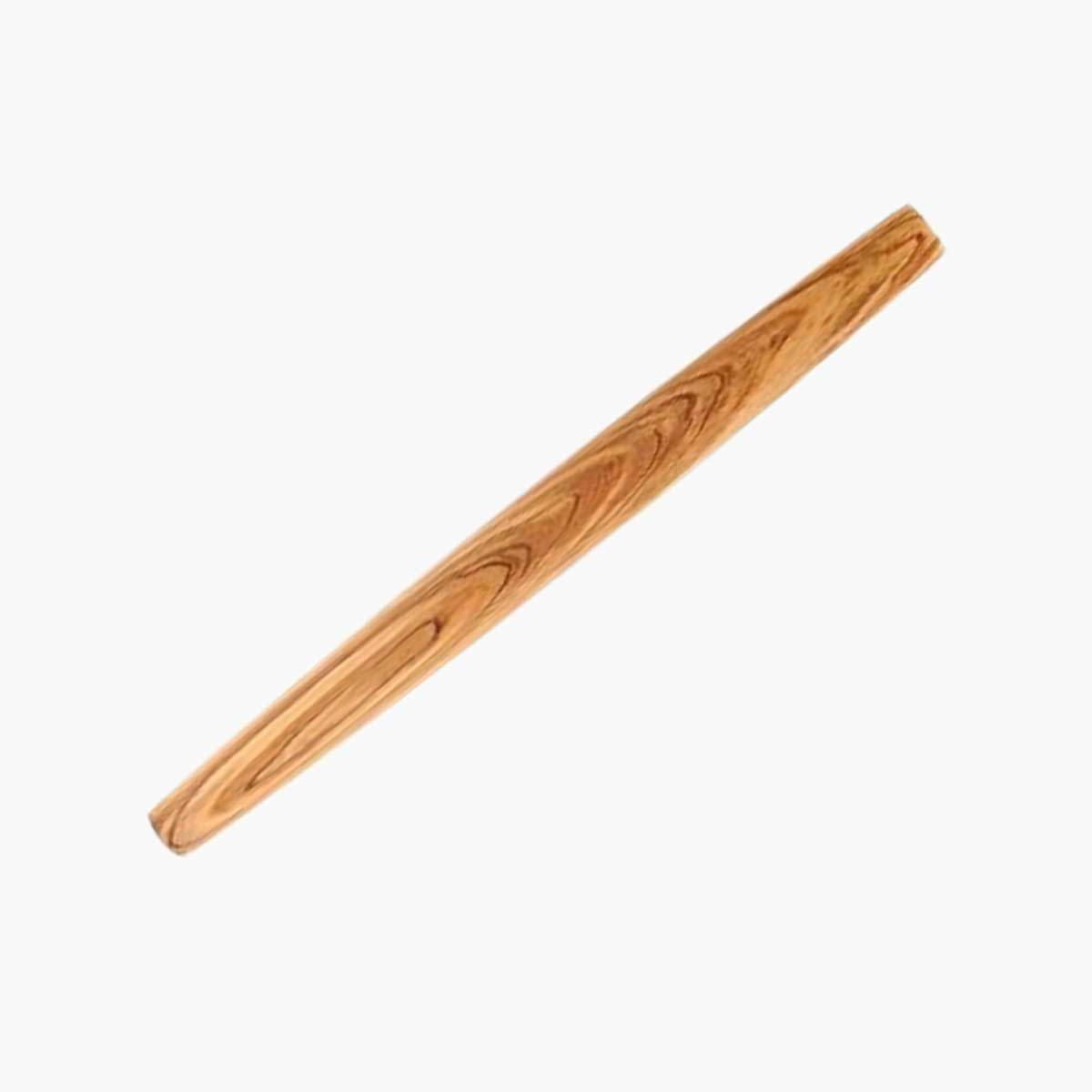 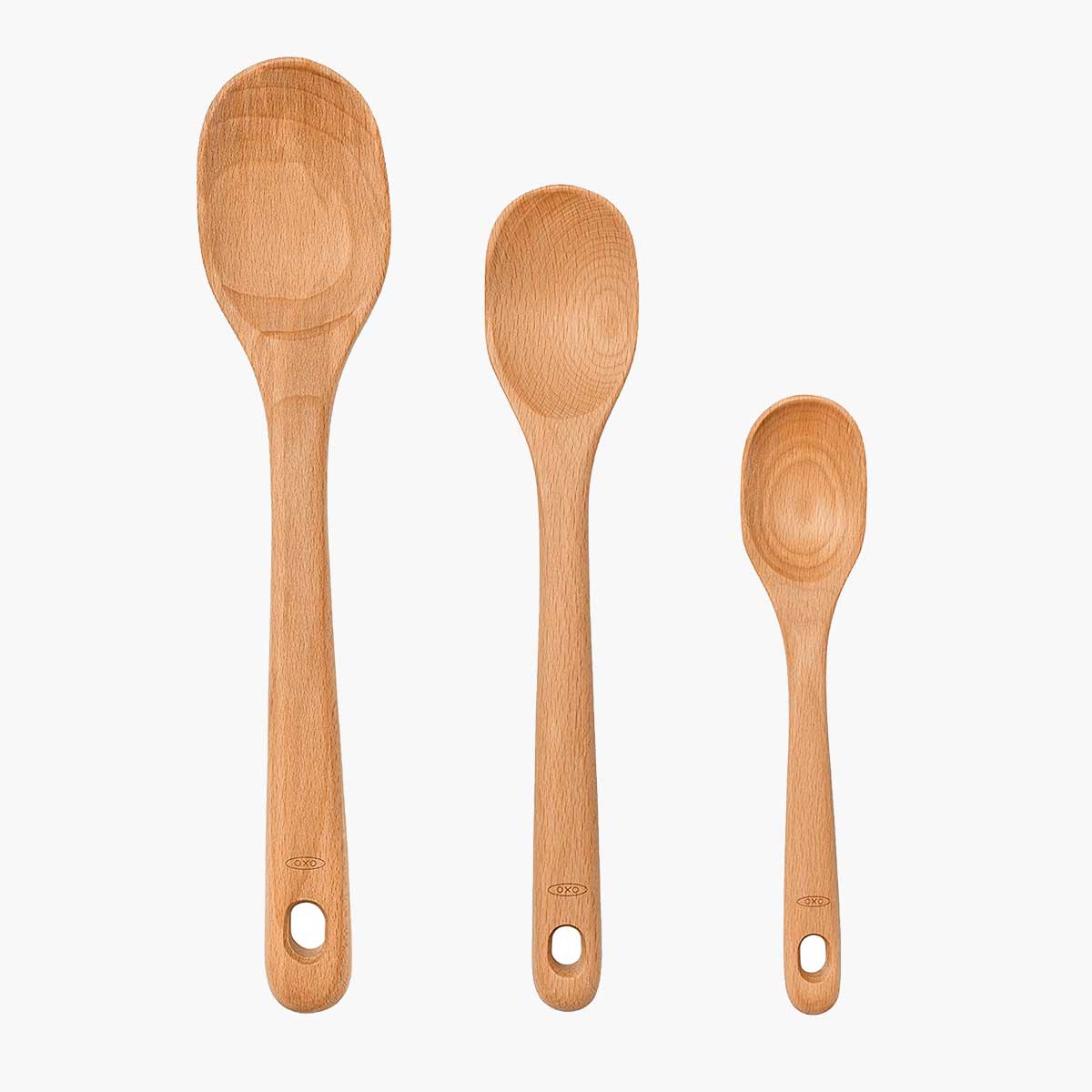 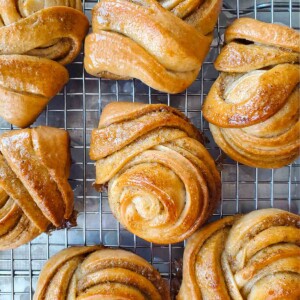 Pastries filled with cardamom or cinnamon are often served as part of fika, a Scandinavian ritual, which is similar to afternoon tea. Traditionally, a range of buns are served that you share with your neighbors, people you work with or friends (imaginary or otherwise).
Kitty Tait and Al Tait
Prep 1 hr
Cook 25 mins
Total 4 hrs
Snack
Scandinavian
15 buns
303 kcal
5 from 1 vote
Print Recipe 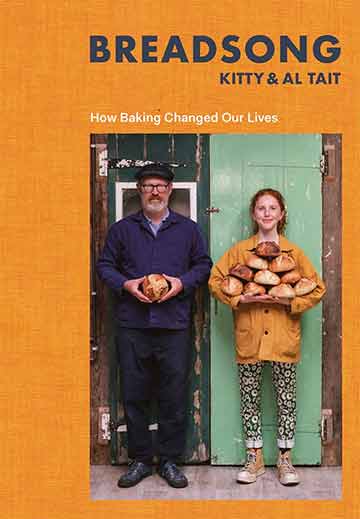 For the fika bun dough

For the cinnamon butter

For the cardamom and orange butter

For the Nutella butter

For the milky way glaze

For the coffee glaze

For the orange glaze

I had very low expectations for these Swedish cardamom buns, because I’ve never made cinnamon rolls and assumed Cinnabon had perfected the art. These were so good!!! The cinnamon butter is something I want to make again and put on toast every day. The cardamom was delicious in the dough, and very unexpected. My partner said they were the best he’s had. They’re moist, super flavorful, and I think once I’ve tried them once more, I’ll be able to make them in less than three hours (with most of that being hands-off). I also really appreciated the imagery in the write-up: a snail checking its undercarriage!

These beautiful little Swedish buns were an absolute hit with my family, adults and kids alike! I made the cardamom orange buns with the milky way glaze and I just know these will be on regular rotation in my house. I bake a lot of bread and my husband declared that this was one of his favourite recipes I’ve ever made.

A few things to note if you want to give these a try. When it came time to roll out the dough after adding the sugar filling, I would recommend rolling it out bigger so that you can cut it into longer strips. The longer the strips, the more runway you have when rolling them. As for the milky way glaze, I was skeptical as I was expecting a thick icing but it was very liquidy. Don’t be alarmed – it adds a beautiful glaze that isn’t too sweet . . . just perfect!

Very interesting recipe with lots of options. I’m not a very keen baker so was a little hesitant to try these buns but it was not difficult, and the end result was delicious. The most difficult part is waiting for the dough to proof. Once you make the first few fika buns they become very easy and quick to shape.

Since I had enough dough, I made 2 fillings, cinnamon butter and Nutella butter, but glazed both types with milky way glaze. Both varieties of buns were delicious especially fresh from the oven. The buns were very good and I like that there was not a lot of sugar in the dough itself, I didn’t think the finished buns were overly sweet. For me, this recipe is a keeper.

These are good! The concept of fika makes total sense to me and, in the spirit of fika, I made these and shared them with family and neighbours–who all really, really loved them.

I did make the recipe twice–the overnight version didn’t rise at all but yeast is still a bit of a mystery to me, so it could have been that the milk was warmer than a “relaxing bath” or that my fridge was too cold. Yeast is so fussy, y’all! The second time that I tried the dough, it was gorgeous and absolutely elastic enough without the overnight rest. The finished buns were fluffy and perfectly risen.

The version I made had the cardamom filling with orange zest (I used blood orange zest because I love them) and the orange glaze (again, with blood orange marmalade). I did sprinkle a few of them with a cardamom, mint, ginger, and maple sugar because…why wouldn’t I? They were absolutely delicious.

FIKA – The word is comforting as is the subtle aroma of cardamom that infused my kitchen this morning as these were baking. The dough, although time consuming, was simple to prepare using my battle scared stand mixer with dough hook. Filled with cardamon orange butter and glazed with milky way glaze these Swedish buns were delicate and light and perfect on a snowy morning in late February.

These fika buns are an absolute delight. Cardamom is one of my favorite flavors. I have fond memories of my mother making Finnish pulla bread during the holidays, it made the best toast.

For these Swedish cardomom buns I made the cardamom/orange butter and I used the orange glaze as well. (The other two glazes did not appeal.) I took some of the buns to my Swedish neighbor (a frequent taster!) to try, she thought they were quite good. We both agreed that my dough was a bit dense, so I’ll just have to make some more to keep practicing!

The buns are best warm and freshly glazed from the oven, and if any last until the next day they should be warmed up before serving. The cardamom and orange pair beautifully, I might increase the orange zest in my next batch. One tablespoon of cardamom for the dough might seem like a lot, but the flavor is subtle and delicious; don’t leave it out! The glaze needed 20 minutes of simmering to thicken, and could use a tiny pinch of salt to really boost the flavor. I did not use hazelnuts and they were not missed. Fika buns are wonderful with morning coffee, and a perfect excuse to visit a neighbor!

I found these Swedish cardamom buns enjoyable and a little unexpected – I was anticipating something similar to a cinnamon roll but they are pretty different, flavorful with slightly crispy exteriors and soft, chewy interiors. I actually liked them even more the next day, after the glaze soaked more into the dough. I made the cinnamon butter/milky way glaze and the cardamom-orange butter/coffee glaze buns, but I’d also like to try the cinnamon butter with the coffee glaze!

The shaping is a bit tricky, several of my coils came undone while baking (still tasty though!) For the best shape I suggest making sure that all the layers of the strip are tucked well underneath the coil, and the shaped buns have enough time to proof before baking (the rule of thumb I usually go by is that the dough should spring back slowly when gently poked).