If you're from Upstate NY then you know all about Freihofer's baked goods. They're sold in practically every single gas station and grocery store from the Canadian border down to Albany, and probably further south than that. If you're not from Upstate NY, Entenmann's is another common brand, and I believe they are, or at one point were owned by the same company. (Did research, both brands now owned by the Mexican conglomerate Bimbo). 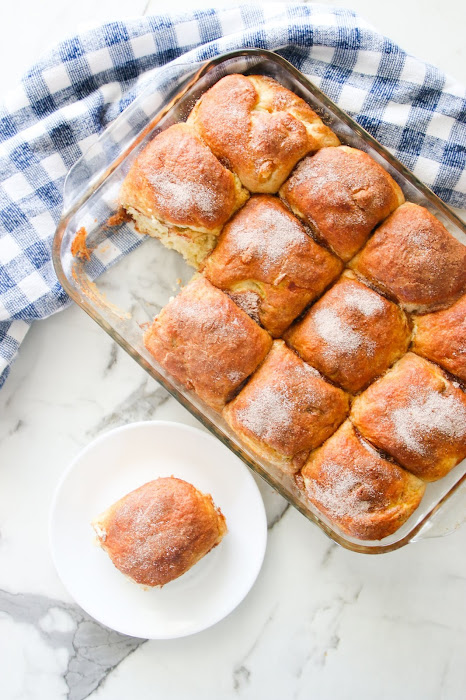 Every year around Easter Freihofer's would come out with two variations of Hot Cross Buns. The traditional ones that are basically raisin bread rolls with a vanilla icing cross on the top, and then this other variation that had this cinnamon/sugar/cardamom blend sprinkled on top without any icing. My family and I loved the cinnamon sugar ones, and never ever bought the traditional Hot Cross Buns. 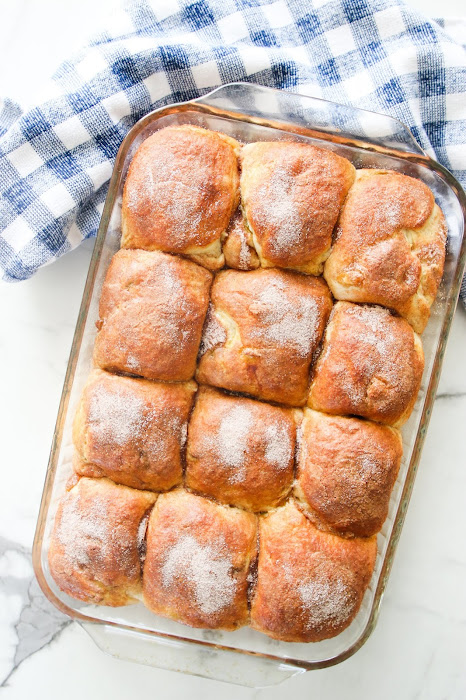 Back when I was in high school Freihofer's stopped making the cinnamon sugar variation and only made their traditional hot cross bun recipe. This left not only my family disappointed, but from the 55 comments on this facebook post, many others were saddened by this as well. 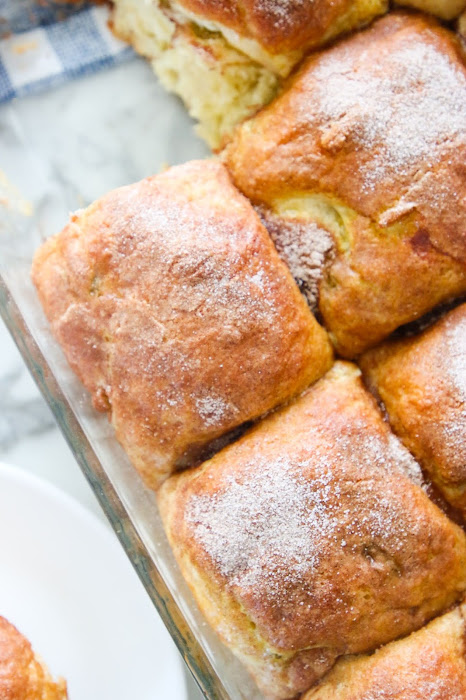 I've spent years trying to find a recipe online, until this year finally giving up and deciding that if I want a recipe for this, I'm going to have to be the one to put it out there. (I say this now and will inevitably get 10 people emailing me with another recipe somewhere online). 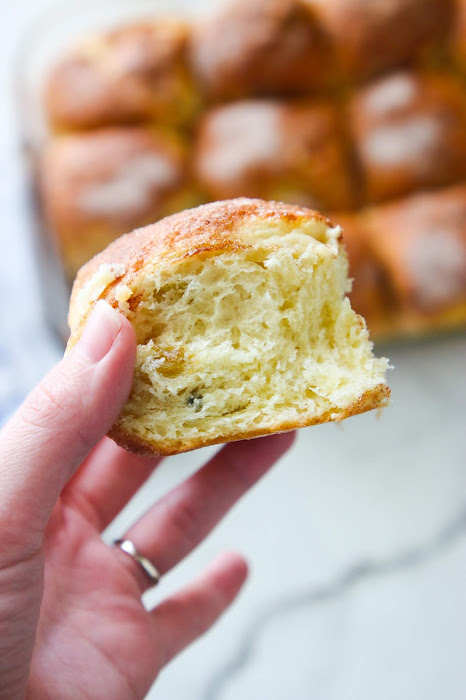 These rolls are amazing. The base is a brioche bread, which incorporates milk, eggs, and butter into the dough. You can use a stand mixer, but I prefer doing everything by hand, and this bread was super easy to mix with a spoon and my hands when needed. 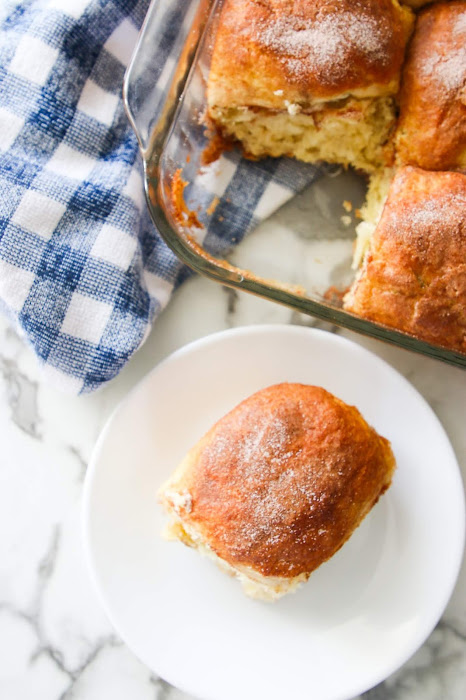 If you're looking for an Easter treat that will become a long standing tradition in your home, these are a great place to start. 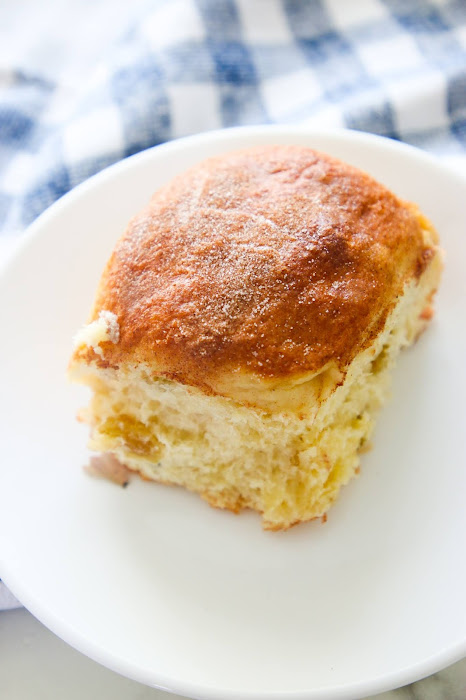 Ingredients:
1 cup raisins
3/4 cup milk
1/2 cup + 1 tbsp sugar
1 1/2 tbsp yeast
3 1/2 to 3 3/4 cups all-purpose flour
3 eggs
3/4 cup butter, softened
1 tsp vanilla
pinch of salt
Cinnamon Sugar topping
1/2 cup sugar
1 tsp cinnamon
1/4 tsp cardamom
Directions:
Boil 2 cups of water on the stove and then pour the water into a bowl with your raisins. Allow your raisins to rise and plump while you make the rest of the dough.
Heat your milk on the stove until it reaches 110º, I use a cooking thermometer for this. If the milk is too hot it will kill the yeast and the rolls won't rise. When your milk is ready, combine it with your yeast and 1 tbsp sugar and mix in a bowl and allow to proof for 15 minutes.
While you're waiting for your yeast, combine 3 1/2 cups flour and 1/2 cup sugar in a bowl. When your yeast is ready, make a well in the middle of your flour and pour in your yeast mixture, eggs, vanilla, and salt. You can use a mixer fixed with the dough hook for this, or just use a long wooden spoon like I did to mix everything together.
Once your ingredients are mixed together, add in the butter, and then mix until well combined. (I used my hands for this). The dough should be sticky, but not too sticky that you can't form it into a ball. My dough was still too sticky to make a ball at this point and I added in another 1/2 cup of flour.
Once your dough is the right consistency, drain all the liquid from your raisins, and fold into your dough until they're evenly distributed.
Grease a large bowl with cooking spray, roll your dough into a ball, and allow to rise in the bowl for one hour, or until doubled in size, covered with plastic wrap or a towel.
Turn your dough out of the bowl, and shape into a long log. Then cut the log into 12 equal pieces, and roll into balls. Grease a 9x13 baking dish and place your rolls into the dish and allow to rise again for one hour, covering the dish with plastic wrap or a towel.
Once the buns are done rising, brush them with an egg wash (I just scramble one egg in a bowl and brush on top of buns), sprinkle them with the cinnamon/sugar/cardamon mixture, and bake in the oven for 25 minutes.
Once cooled, either serve immediately or cover with plastic wrap and store on your counter for up to two days.