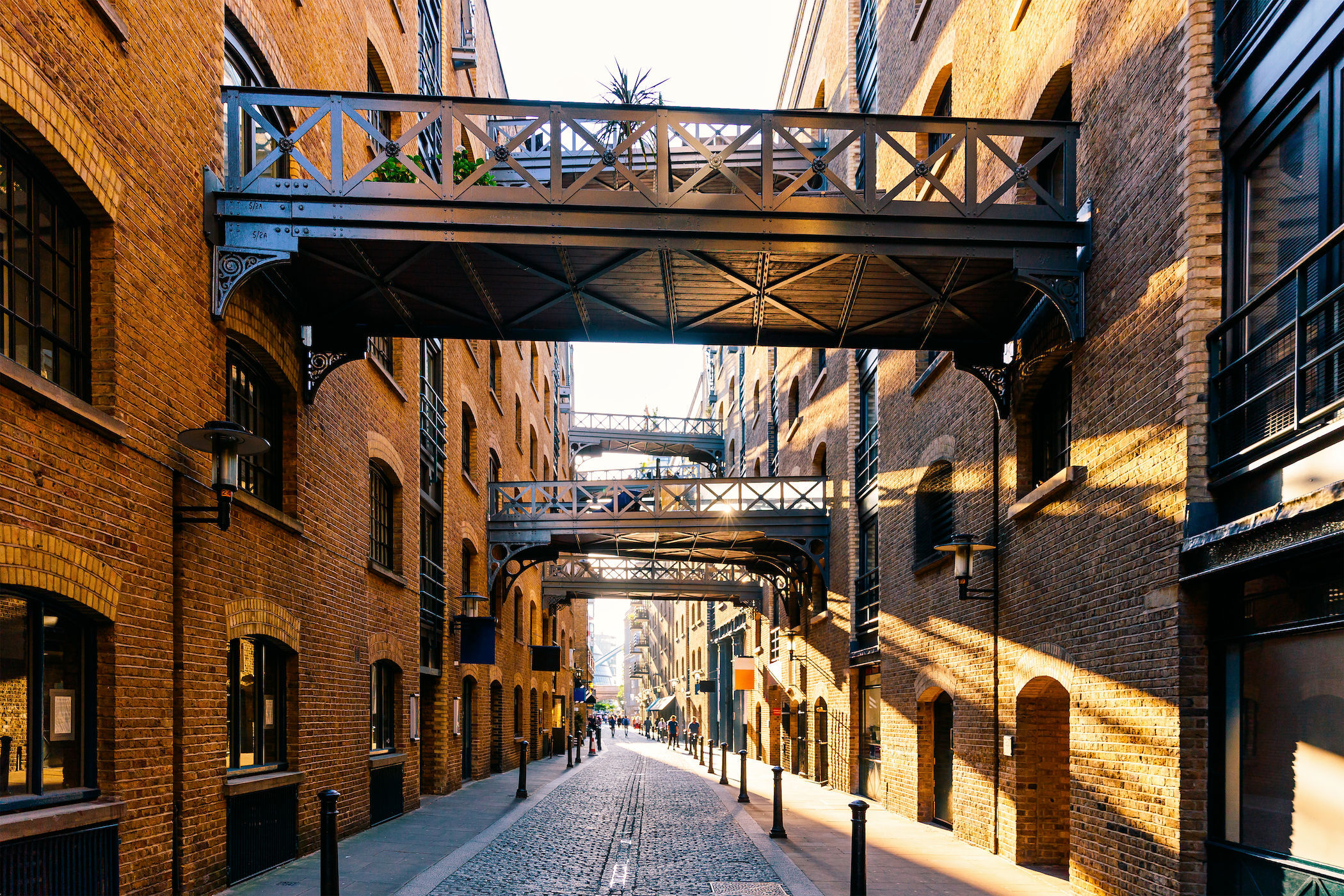 Cool neighbourhoods? London’s full of them, and you’ll be hard pressed to find one you didn’t like. But beyond Bristol, Shoreditch, and Chelsea, and Mayfair, there’s one that’s fast attracting the hip, artsy crowd too – Bermondsey.

Once a derelict slum before an industrial boom bolstered its status as as a hub for leather tannings and flour milling, the old waterside precinct – which fronts the River Thames near Tower Bridge in South London’s Southwark – continues to bring the relics of that era to the hundreds of thousands who wander through today. The former factories and warehouses that sit among Victorian architecture now house trendy studios and co-working spaces, while the riverside wharves – recognisable by their sturdy wooden beams and blackened bricks – have been transformed into chic loft apartments that boast coveted views of the famous river.

Walk through and you’ll find more hipster-approved gastro-pubs, curbside cafes, antique markets, and independent boutiques. It is a gentrifying neighbourhood, after all, but unlike the ones that have lost its spark from this “revitalisation”, Bermondsey just seems to keep getting better. So promising is this part of town, that even the Londoners are moving there in droves, galvanising developers like Barratt London – which specialises in urban regeneration projects – to launch Bermondsey Heights, which will combine the city’s thriving buzz with heritage and modern living. 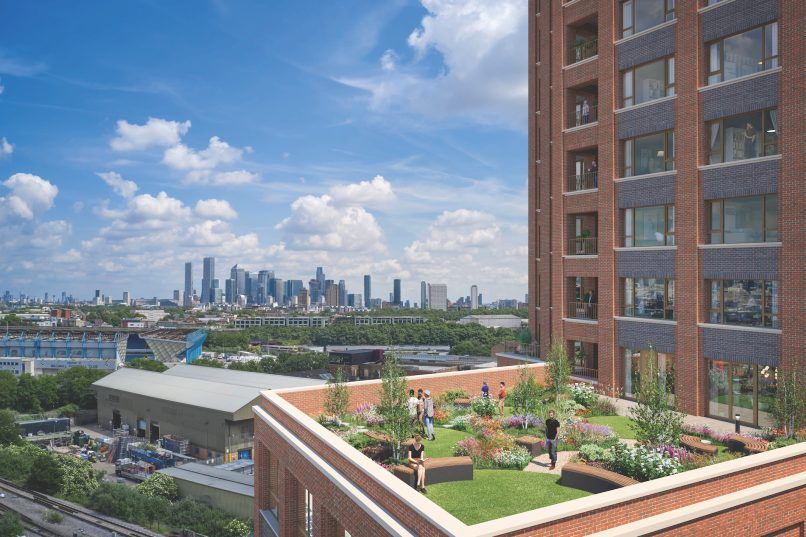 If you’re ready to expand your horizons in London (and have a special love for craft beers), read on for our guide to Bermondsey, one of the city’s coolest neighbourhoods today.

How to get there

The best way to get to Bermondsey is by rail and its prime location makes this a breeze. There are several stations in the area, including Bermondsey Underground – which is on the Jubilee Line – and South Bermondsey railway station, which provides services to London Bridge station in just one stop. There is also the New Bermondsey Overground, which is being built and will sit on the East London Line to provide further connections around the area.

Bermondsey Street has an abundance of restaurants, shops, galleries, and cafes that warrants a day trip there on its own. One of the coolest art galleries there – and in the whole city, for that matter – is White Cube Bermondsey, an international gallery that also calls Palm Beach, Paris, and even Hong Kong home. Its contemporary art exhibitions are a must-visit whether you’re an aficionado or just simply want to stew in Bermondsey’s artsy vibe.

Be sure to also head over to the Fashion & Textile Museum, the only museum in the UK that’s dedicated to showcasing contemporary fashion and textile design. The pink-and-orange creative hub houses a textile studio and printing workshop alongside exhibitions that are dedicated to visionaries like Andy Warhol and Kaffe Fassett.

For outdoor lovers, visit Bermondsey’s Southward Park, which covers a whopping 63-acres and features everything from boating on a lake to sports facilities. You can even enjoy a coffee at the Southwark Park Pavilion Cafe, which overlooks the water, before heading to the wildlife garden.

The trendy neighbourhood is also a short distance from many other exciting destinations in Southwark, including Tower Bridge, the Shard, and Borough Market, the latter being one of the best places in the city to grab a bite at.

Where to eat and drink

Which brings us to the best dining spots and watering holes here. Now one of the capital’s most promising areas for small-scale culinary businesses, you’ll find that the area is a Jack of all trades, and master of all of them. Here, Jensen’s Gin preserves Bermondsey’s legacy as ‘London’s Larder’ by converting a railway arch into a gin distillery, where you’ll be able to savour the spirit with trains still thundering overhead.

Microbreweries have also taken advantage of these massive railway arch spaces to create top-notch craft beer here, giving the area the legendary Bermondsey Beer Mile monicker. Stop by the likes of Brew By Numbers, Partizan Brewing, and Anspach & Hobday, and hang out with some of London’s brightest beersmiths over a pint or two.

The old-school arches might hint at centuries past, but the dining scene here is way ahead of its time. The Garrison serves elevated gastro-pub fare with quality seasonal produce within its charming vintage space, and is popular for its buzzy yet relaxed atmosphere. 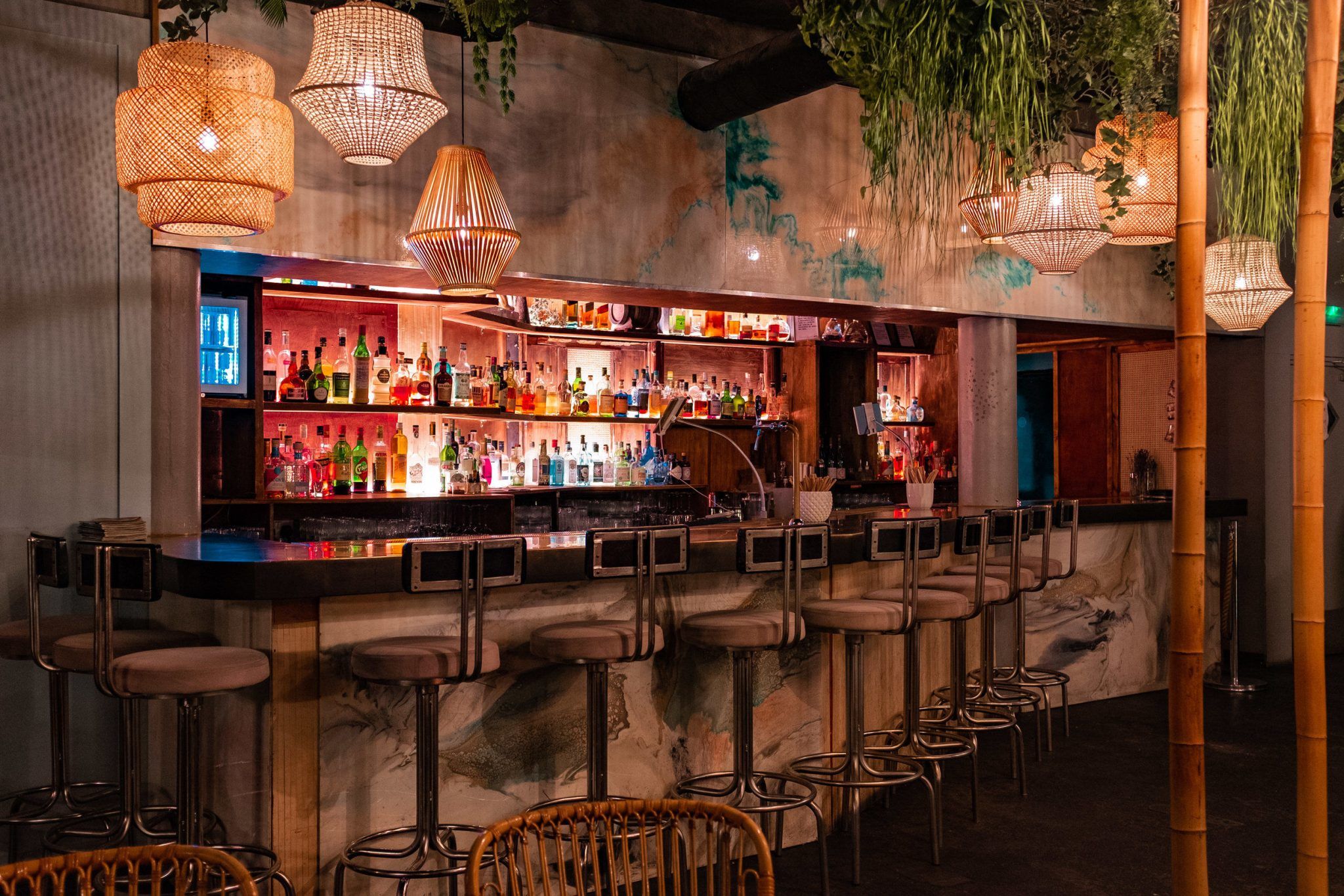 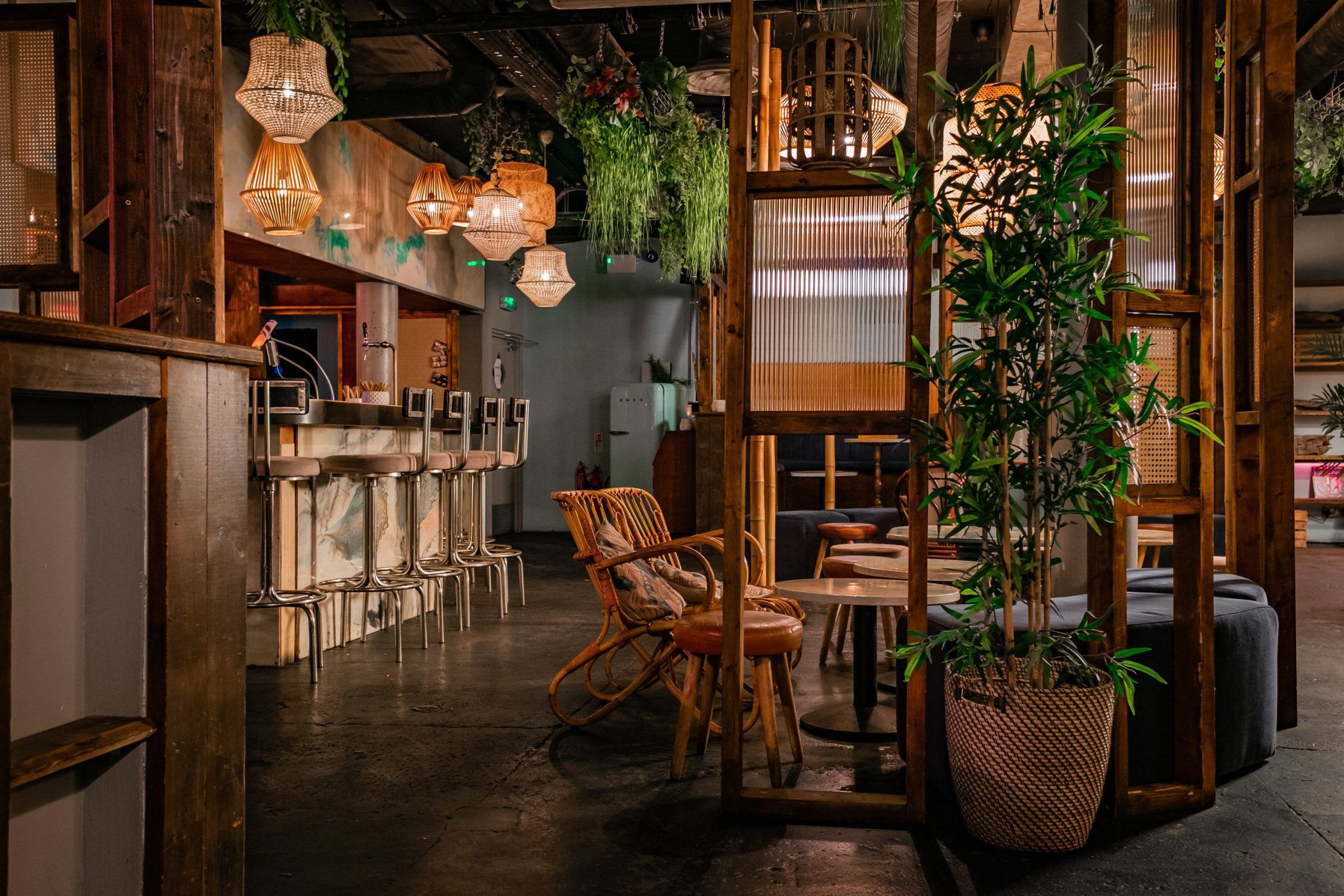 José Tapas Bar knows a thing or two about cooking up a delicious Spanish feast, while Flour & Grape serves up elegant plates of fresh, hand made pasta – the perfect precursor to your cocktail adventures at its hidden gin bar, Two One Four, below. Nine Lives (not a cat themed bar) is quite literally a hidden gem. The subterranean cocktail bar is inspired by a tropical oasis, and serves up delicious cocktails and fantastic Southern Californian grub amidst jungle palms, hanging palms, and bamboo lanterns. 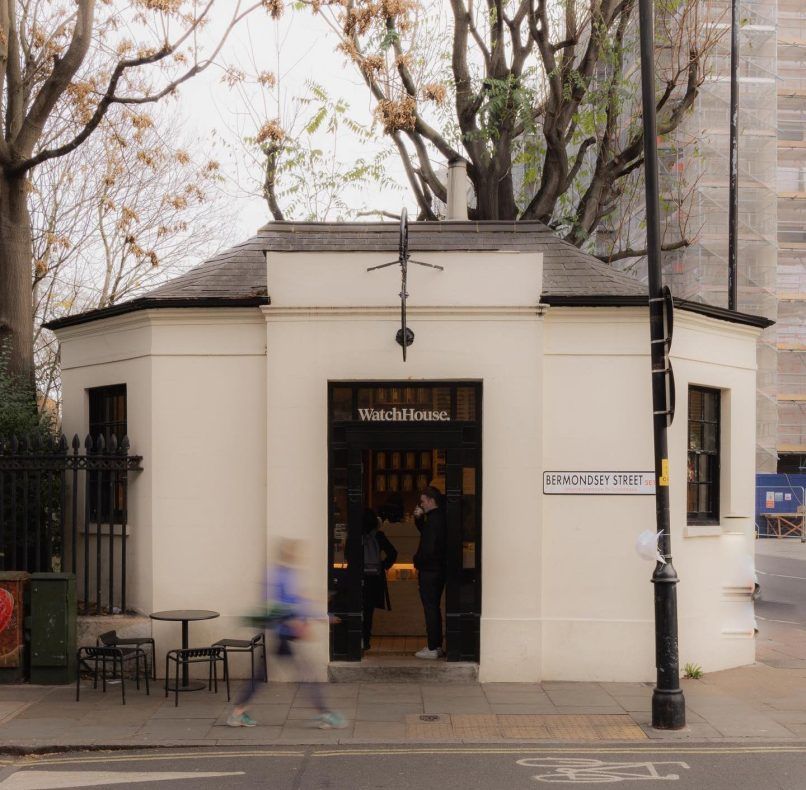 Chasing that caffeine buzz? Head over to modern coffee purveyors WatchHouse., where you’ll be able to enjoy a quiet espresso, or take some beans to go.