They can be similar in appearance, can be packaged similarly and may sometimes even have a few similar flavors. However, as we shall see, there are key differences between longaniza and chorizo, or perhaps, in the context of this debate, it is easier to describe it as the differences between Mexican chorizo and Spanish chorizo.

So, in the longaniza vs chorizo, how are they actually different? Chorizo is a Spanish cured ground pork sausage which is smoked and contains smoked paprika or pimentón. Available as sweet as well as spicy styles, chorizo is ready to eat from the casing, or can be used in cooking. A Mexican chorizo is made from minced pork or beef, unsmoked and spicy. Longaniza is a Mexican chorizo and Spanish sausage and it is available as fresh ground meat or as long and thin fresh sausages. Needing to be cooked before using, longaniza is also spicier than chorizo.

In this post, I look at longaniza and chorizo to see exactly how different they really are and offer some hints and tips on how to use them in the kitchen as well as discussing how easy it actually is to use one in place of the other. 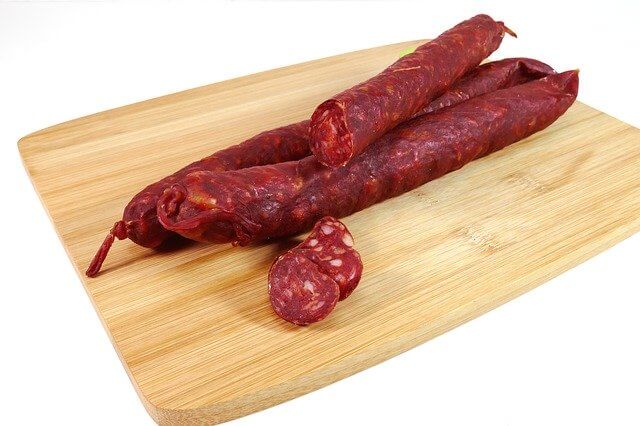 Longaniza is a type of Spanish sausage traditionally seasoned with black pepper in Spain. Longaniza is also known as a type of Mexican chorizo and is also popular in Mexican, Puerto Rican, Argentinian and Filipino dishes. In these cuisines, longaniza usually contains more spices or distinctive ingredients to give a spicier sausage. The longaniza available in the US is spicier than chorizo.

Although made in different ways in different regions and countries, longaniza tends to resemble pepperoni or salami when cured, although it is rarely cured. The dark red color of longaniza – from chiles, annatto (achiote) or paprika – gives it a similar appearance to chorizo and its flavorings can include paprika, garlic, nutmeg, aniseed, cloves, cinnamon, vinegar and more.

Unlike chorizo though, longaniza is made from finely minced meat such as pork or beef and is usually sold as fresh – raw - meat, rather than dried, but longaniza can also be found as very long and thin shaped fresh sausages.

Longaniza must be cooked before being served and it can be cooked either as sausage links or the ground meat can just be taken from the casing and crumbled straight into the pan to cook.

Longaniza is popular in tacos, nachos, burritos, tostados, queso, chilis and more, as well as with scrambled eggs, potatoes or in wraps for breakfast. It can also be paired with other meats such as poultry to add some extra flavor to the dish. 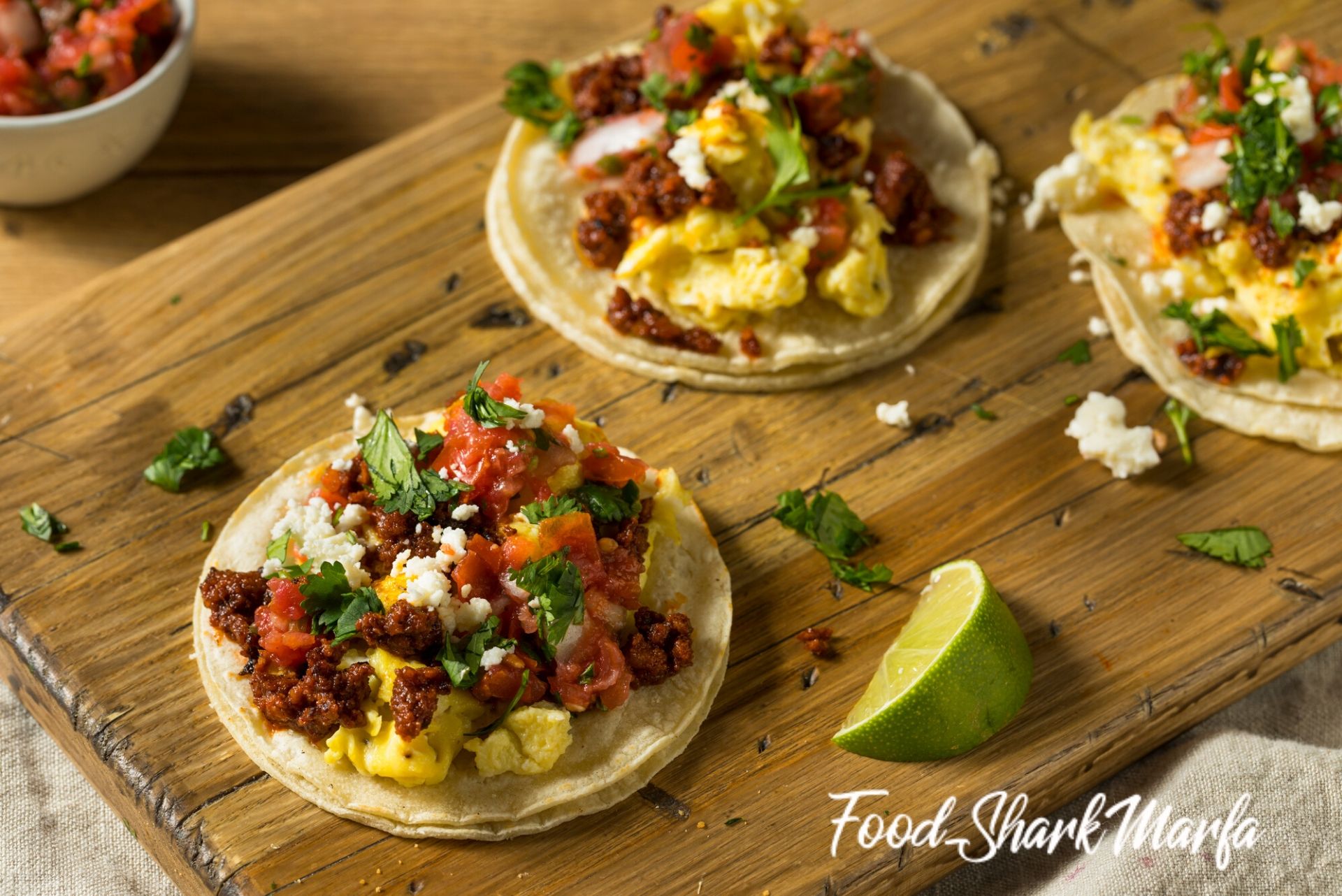 A traditional Spanish chorizo is usually made with chopped and then ground pork meat and pork fat – which is the white bits in the chorizo - and although seasonings do vary, it usually contains garlic, paprika and red peppers. 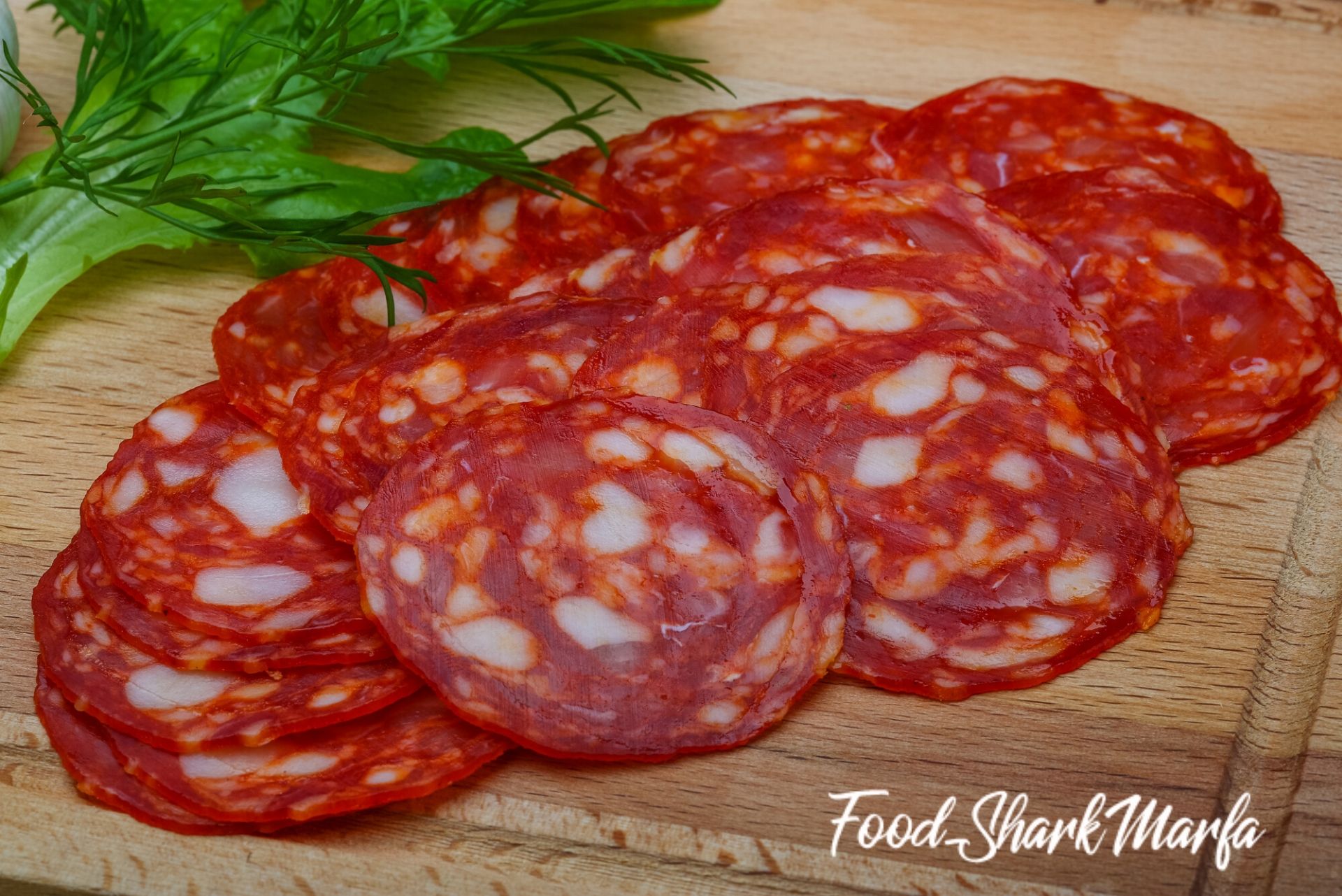 Although chorizo can be spicy, it is not as spicy as longaniza and in fact, there are sweeter styles of chorizo available. A spicy chorizo is a picante chorizo, while a sweet one is called dulce chorizo.

Chorizo is thought to have first originated in Catalonia, a now autonomous region to the north east of Spain and was associated with various cultural and even religious traditions in Spain, in particular ‘the slaughter of the pig’. A practice that still occurs in rural parts of Spain today, ‘the slaughter of the pig’ refers to the tight window in winter when all the pigs in the villages are slaughtered. Historically, chorizo would then be made by family members after the slaughtering had taken place and the chorizo could either be sold or used as the family’s meat source until the next annual slaughter.

Used in Spanish, Portuguese, Mexican, South American and other cuisines, chorizo is also considered to be a Cajun and Creole-style sausage, often found in recipes from Louisiana and surrounding areas. Variants of chorizo are also found in parts of East Asia such as Goa and the Caribbean.

In the US, chorizo is available as a fully cooked and dried sausage or as a semi-cured sausage, which is soft and fully cooked. Both types can be eaten straight out of the casing or added to recipes such as meatballs, stuffed chicken, tacos, burritos, soups and more. 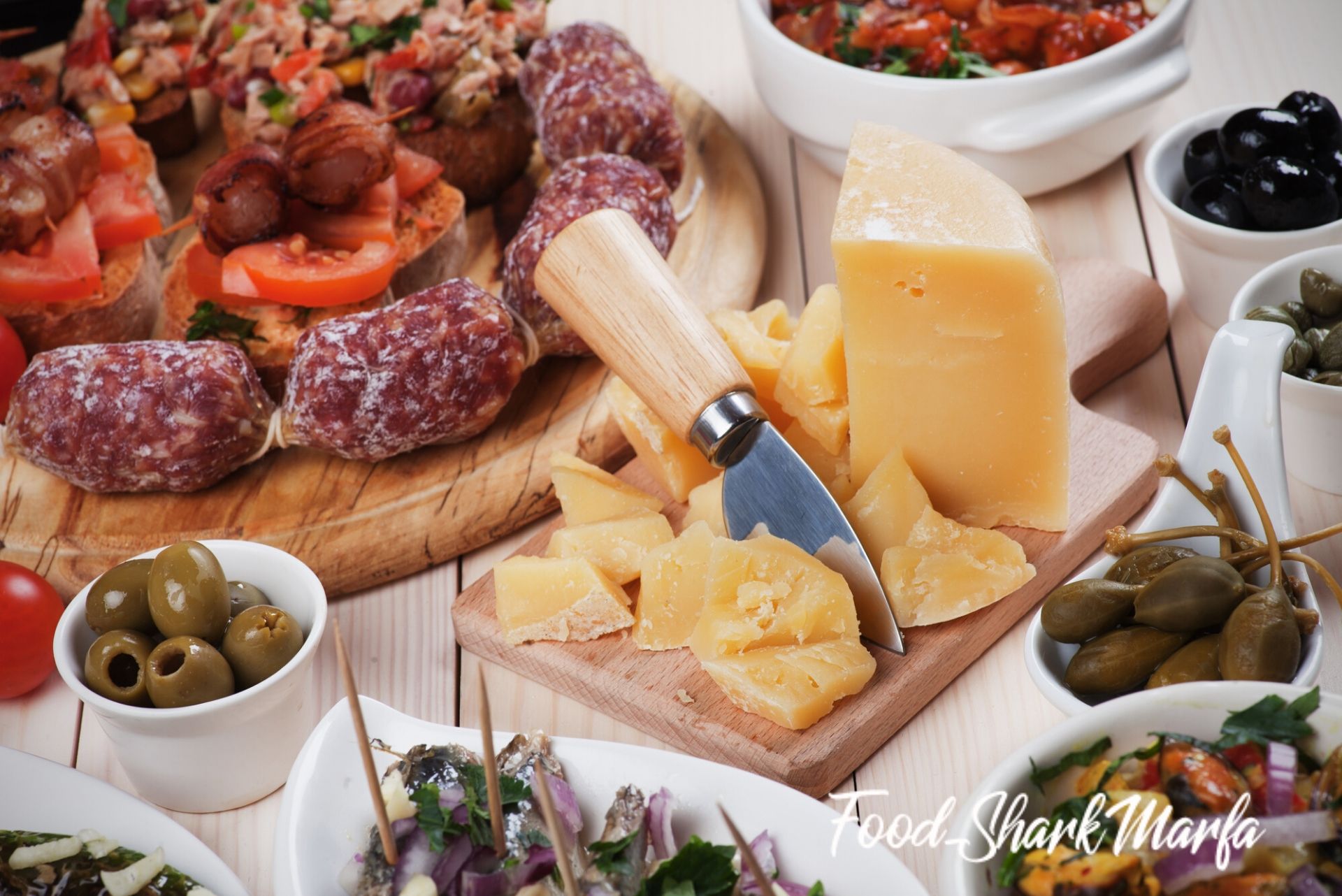 Chorizo is also a popular tapa dish and can be easily crisped and added to salads, pasta sauces and even cooked greens. An easy way to enjoy the flavors of chorizo is to place a few slices on thinly sliced artisan bread and add a little splash of olive oil.

How Do I Know Whether to Use Longaniza or Chorizo in My Recipe?

As a rule of thumb, if the recipe says to take out the meat from the casing and brown or cook, this will usually be referring to longaniza or Mexican chorizo, but if the recipe just needs you to slice or chop the sausage, then go with a Spanish chorizo!

Because the flavors of longaniza and chorizo are different and because they have different physical properties and textures, they cannot always be swapped around in a recipe.

In an emergency, a dried Spanish chorizo may be able to take the place of longaniza without altering the flavors of the dish too much.

If you need to use longaniza in place of chorizo, then brown the meat and add a little Spanish smoked paprika to it, but do remember that the spices as well as the smoking and the texture are what make the two sausages different.

How Will I Know If the Chorizo Needs Cooking First?

Chorizo sold in the US is ready to eat and you may occasionally be able to find a cured longaniza which can also be eaten as is. If the sausage is already cured, it will look like pepperoni.

Otherwise, it is raw meat and will have to be treated as raw meat for storage and cooking purposes.

If you are at the store looking for one or both of these, if the sausage is on the deli or cheese case then it will be a cured Spanish chorizo, while a longaniza will be with the other raw meats in the meat case.

Before you cook longaniza or chorizo, the casing should be removed unless the recipe says otherwise.

Although longaniza and chorizo are both Spanish sausages by origin and are often similar in color, they are different types of sausage.

Longaniza, also known as Spanish chorizo, contains various spices and is popular in Mexican and other cuisines. An unsmoked sausage, spicy longaniza is available as fresh minced meat, or as long and thin fresh sausages which can be cooked as links, or the minced meat removed from the casing and cooked directly.

A Spanish chorizo is a smoked pork sausage that can be spicy or sweet and it contains smoked paprika to give it flavor as well as color.

Because they are made with different seasonings, they do not always swap out easily, but longaniza with some Spanish smoked paprika can take the place of chorizo in some recipes, while a dried chorizo may be suitable to use in place of longaniza.

Improve Your Nutrition Easily With These 4 Tips
February 01, 2023