I've heard good things about Shell's Downtown Bar and Grill located at 105 North Center Avenue, Piedmont, Alabama. On a recent afternoon, we decided to stop in and give some items on the menu a try.
We always like to try our baseline for appetizers: the amazing fried dill pickles!
These were a little thicker cut than usual and weren't as crispy as some we've had, but the batter was well seasoned. The Ranch dipping sauce was disappointing in that it was REALLY thin. If it had been a thicker consistency, I would give this appetizer much higher marks. 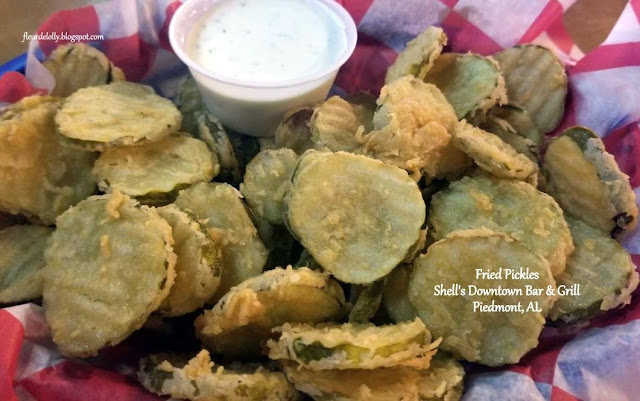 Sweet Harold ordered the cheeseburger with fries. This is perhaps the most unusually assembled cheeseburger that I've ever seen.
Apparently, the cheese was placed on the bun, and then the burger placed on top of the cheese. Notice the extremely thick-sliced onions, along with the tomato slice, and lettuce.
He gave a big thumbs up for the bun. In fact, he stated it's the best burger bun he's ever eaten. The onions were a little much, so he removed those. Fries were served hot and crispy. 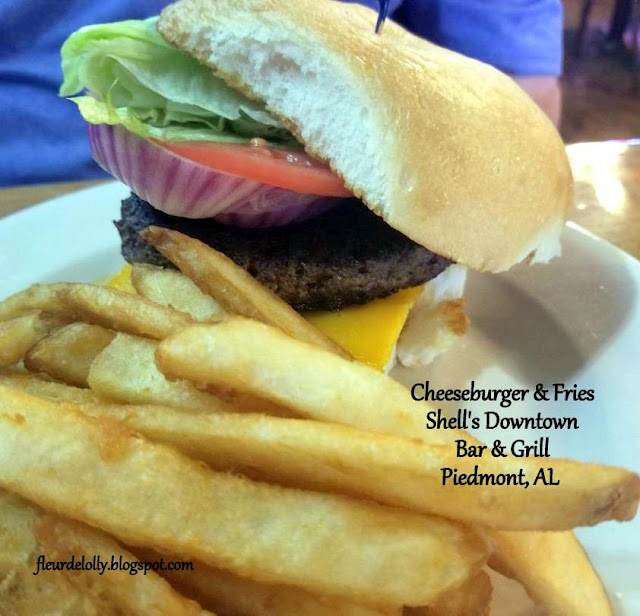 I chose the blackened chicken alfredo, which was served with a side salad. The salad was very fresh and crisp. Yes, that's real bacon. Sadly, the same very thin Ranch dressing was present. 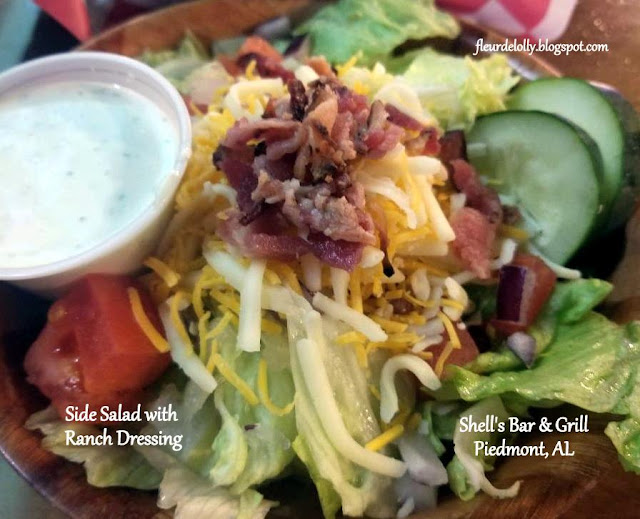 The star of the meal was my blackened chicken alfredo. Served HOT (which is always a huge plus with me!) and loaded, and I mean loaded, which tender and flavorful chicken. The sauce was creamy and cheesy. A great dish.
The rolls were an added bonus. They were very soft and served hot and fresh from the oven.
This was a considerable portion. I enjoyed three meals from this order! 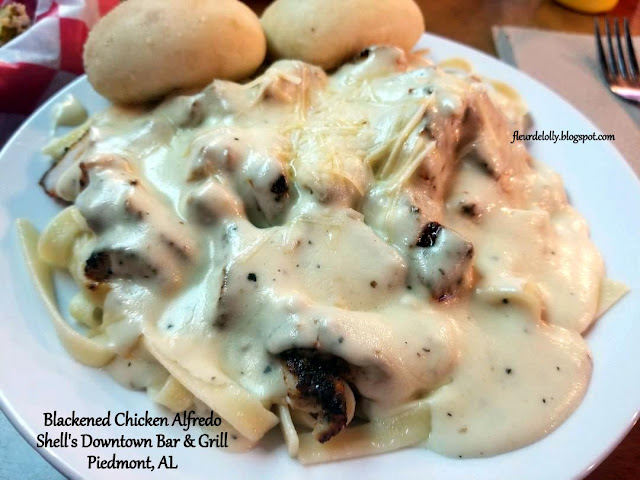 The positives? The chicken alfredo was terrific. The salad was great and would have been perfect with better dressing. The hamburger bun was perfection...the burger assembly line just needs some tweaking.
The menu has varied options from burgers and sandwiches, salads, pasta dishes, etc.
Stop by and give Shell's a try!