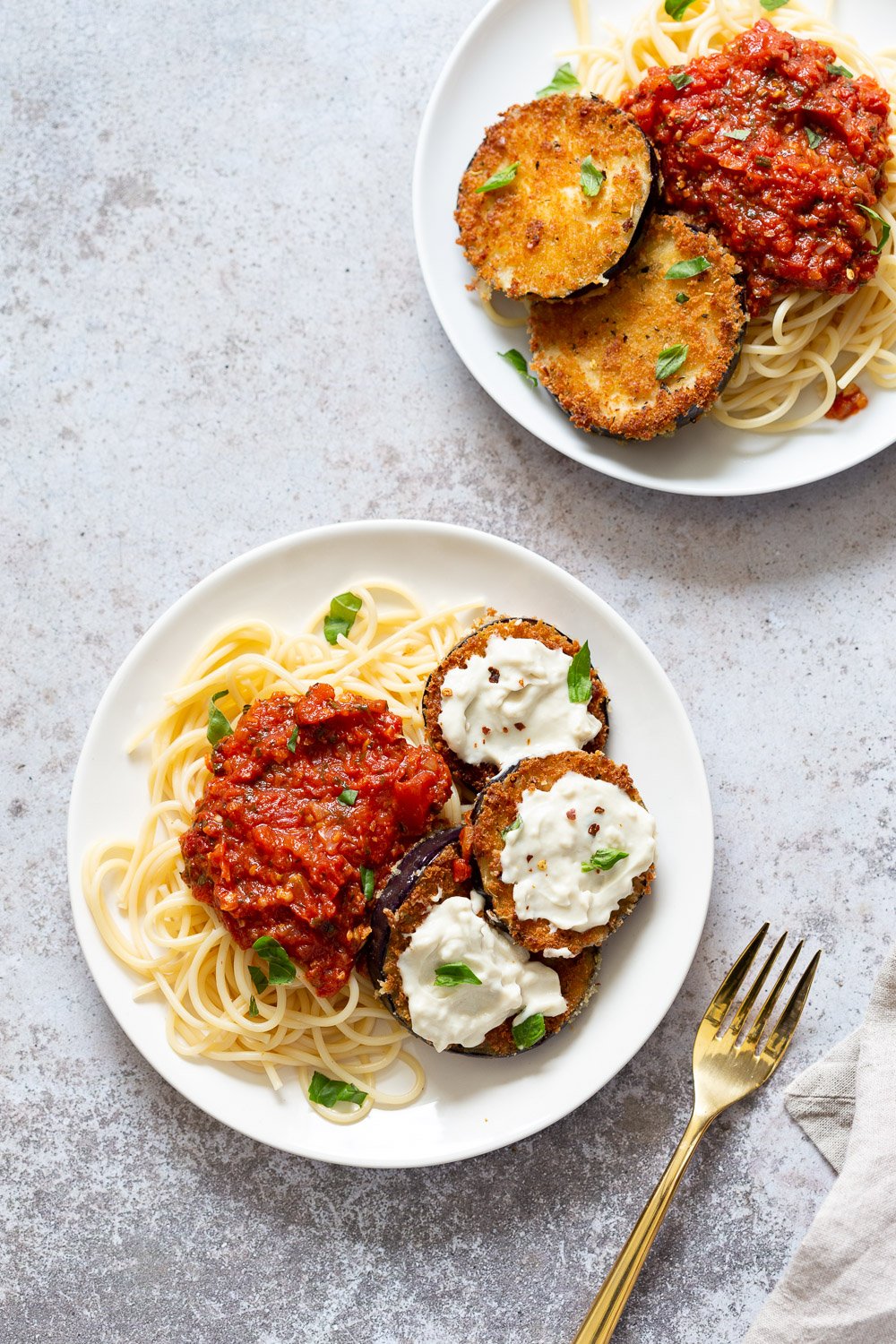 Make the easy Chunky pasta sauce or use premade, Make the vegan mozzarella or my nut-free vegan alfredo for topping or use vegan parmesan instead for a quicker option, get the breading station ready, Bread the eggplant slices and bake or pan fry. Assemble everything and swoon.

The recipe looks long as it has recipes for sauce, vegan mozz and the breaded eggplant. You can use premade portions for a much quicker meal. The pasta sauce can be made ahead and refrigerated for upto 4 days, same with the vegan mozzarella. Just make the eggplant parmesan fresh for a nice crispy result! lets make this.