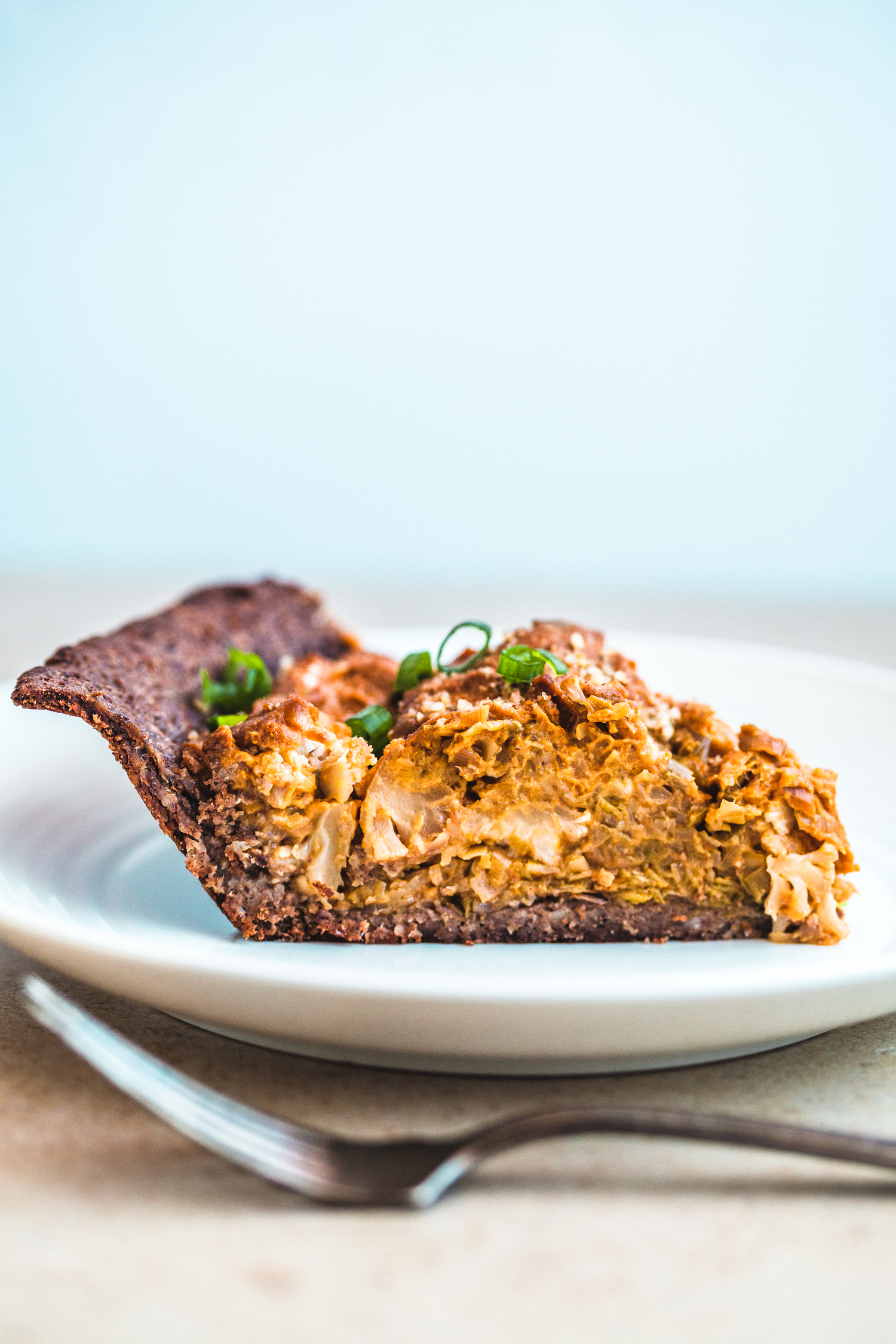 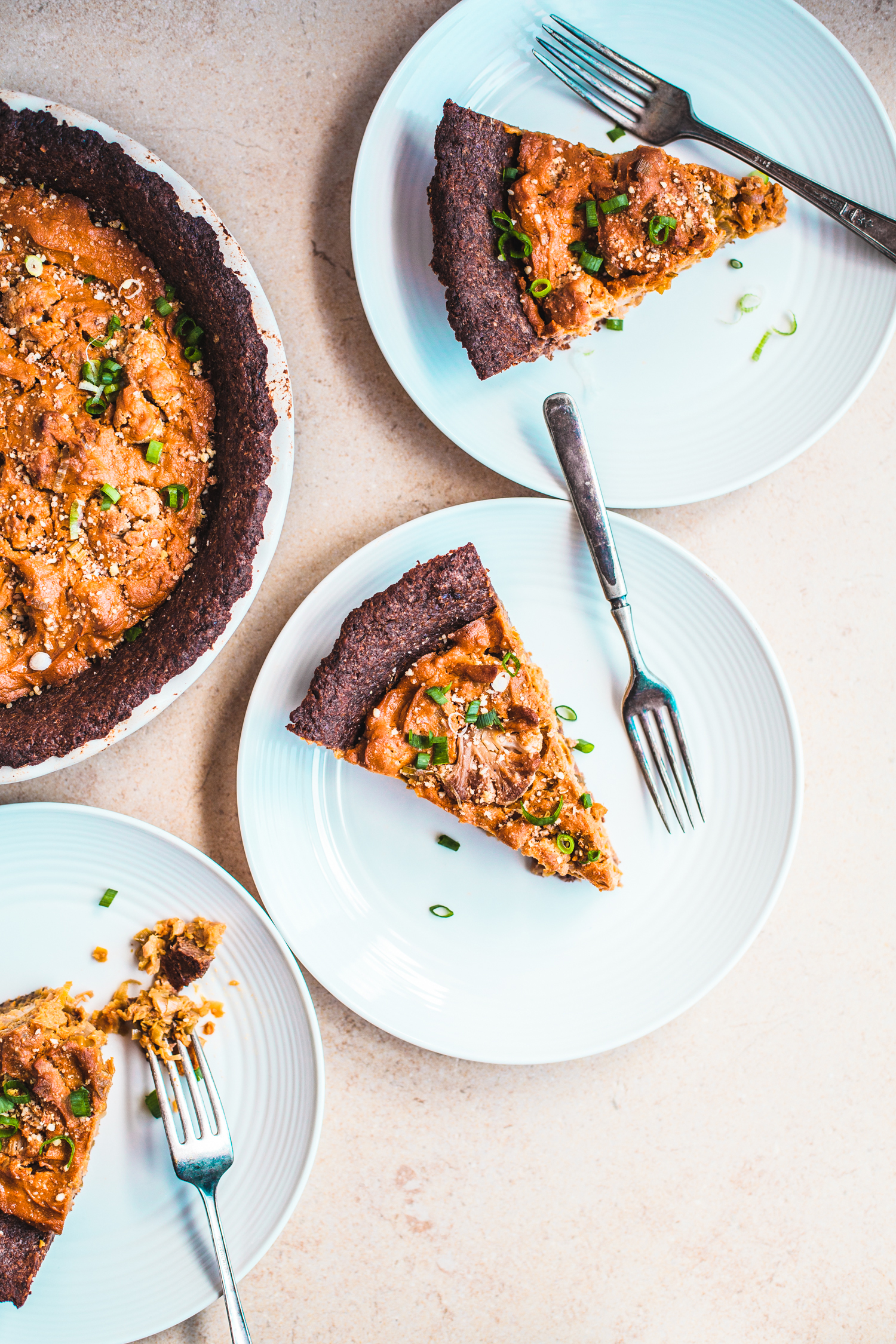 Way back in the day when I was first getting interested in vegetarian cooking, I came across Mollie Katzen’s recipe for a Cauliflower Cheese Pie, which completely blew my mind. Maybe you know the one I’m talking about? It’s such a classic. I even developed a little tribute recipe to that pie for our first cookbook. This vegan cauliflower and leek version is not as directly inspired by Katzen’s pie, but I still fondly kept it in mind while working on this recipe. Cooked cauliflower itself already tastes kind of cheesy to me, and when baked in a ‘cheesy’ but also totally plant-based sauce like in this recipe, it’s complete heaven. This pie also features caramelized leeks and an addictive, gluten-free onion-pecan crust that’s packed with flavor. It’s definitely a special enough savory pie for a holiday table, and we can’t wait to make it again for ours. Hope you’ll consider it as well! 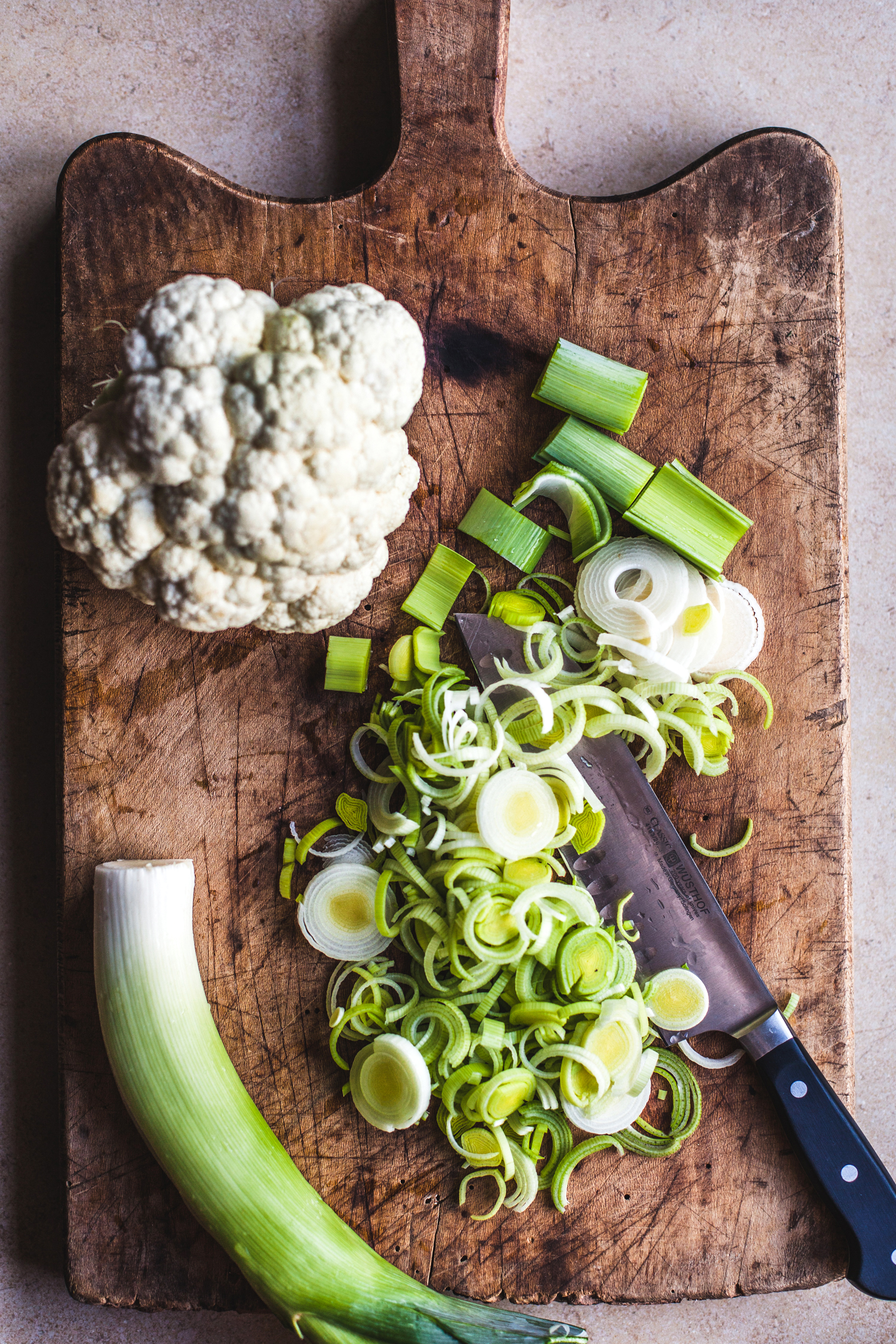 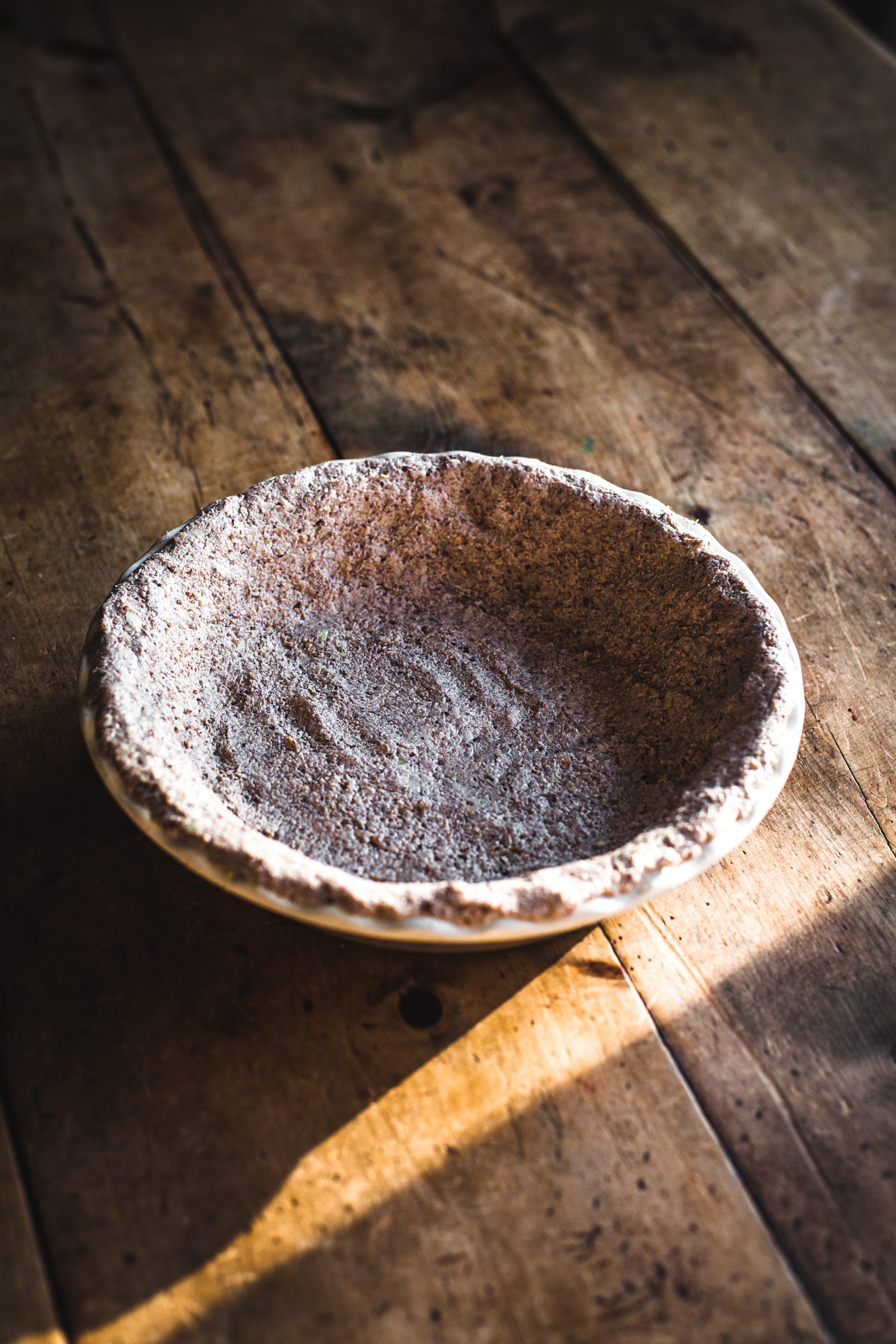 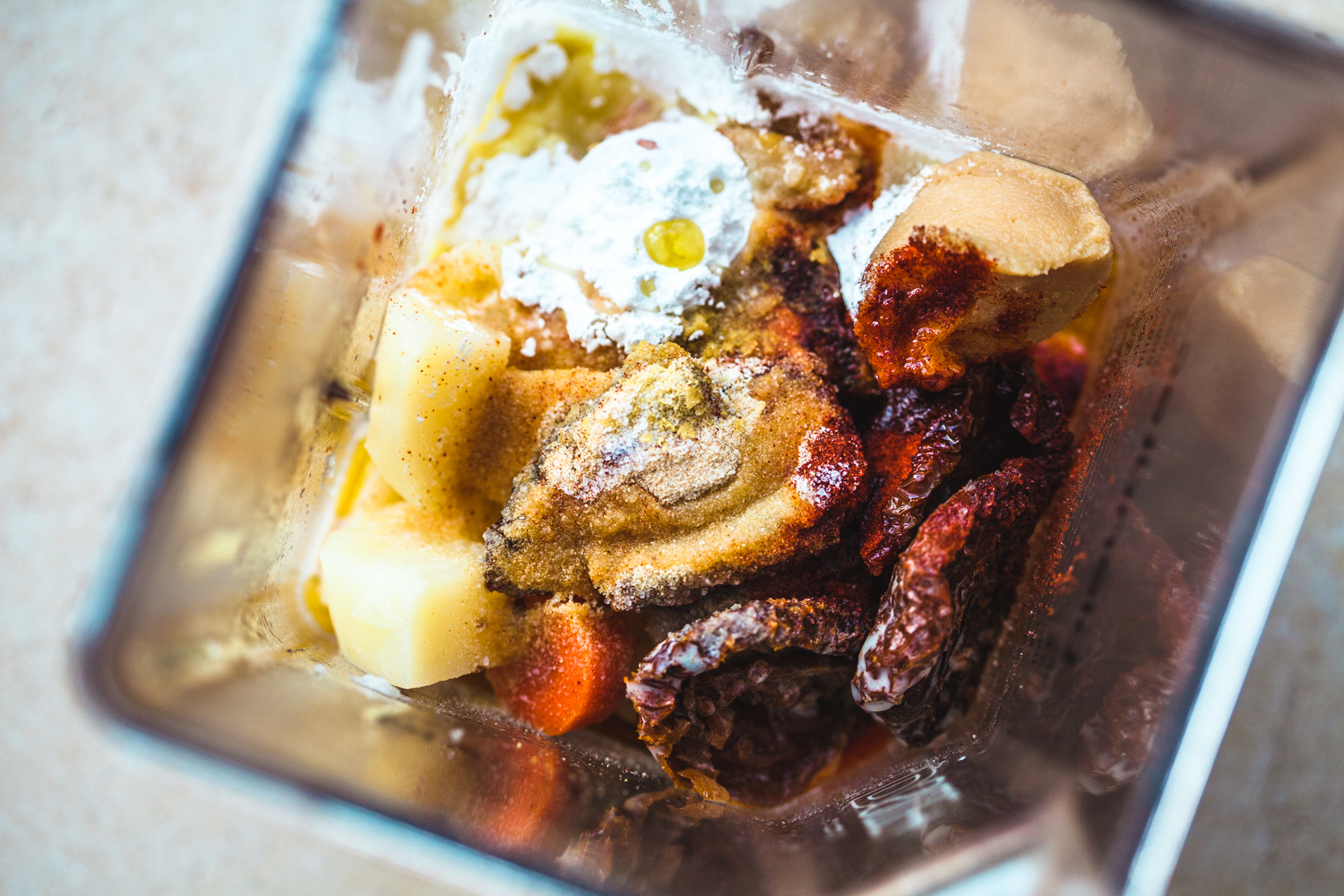 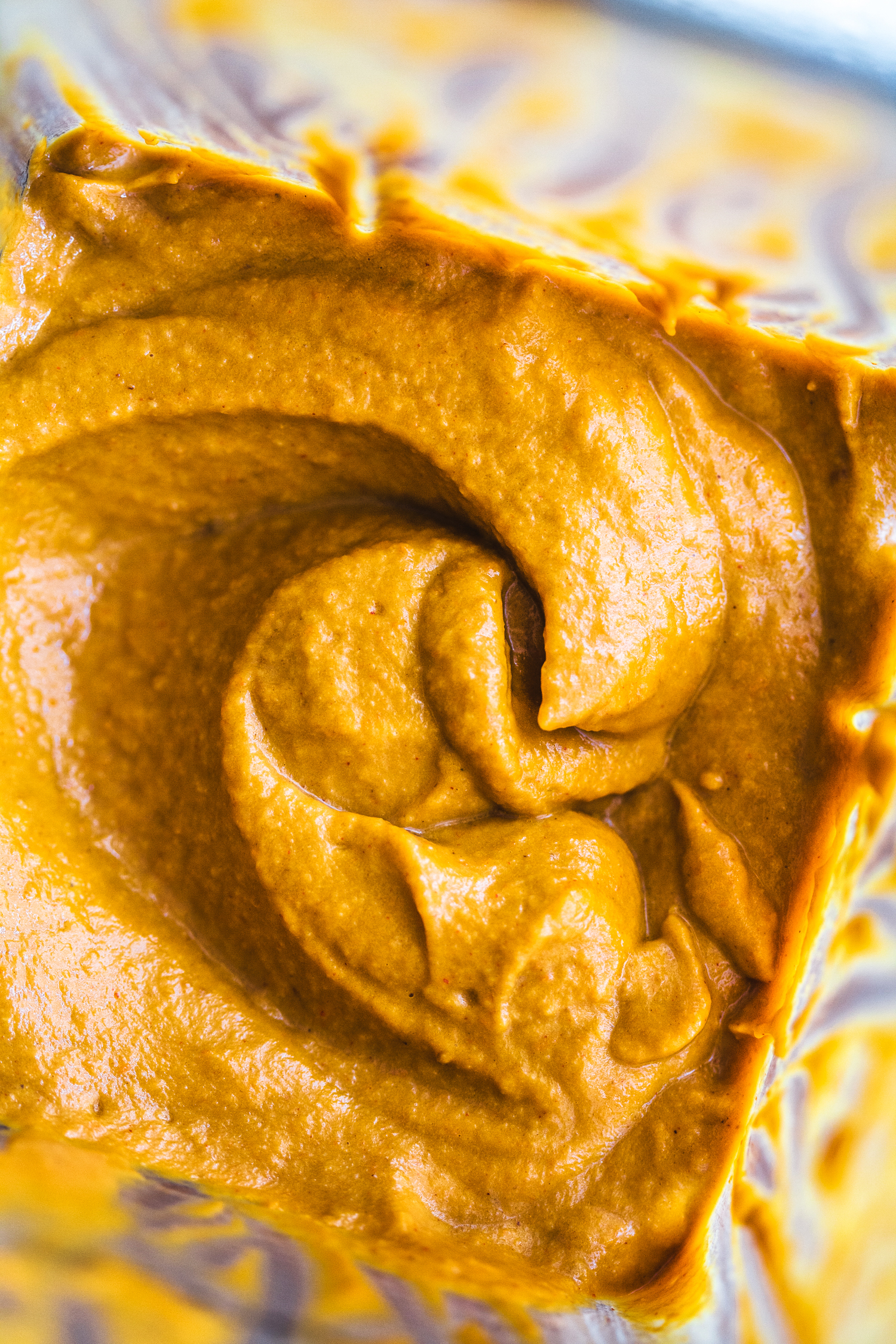 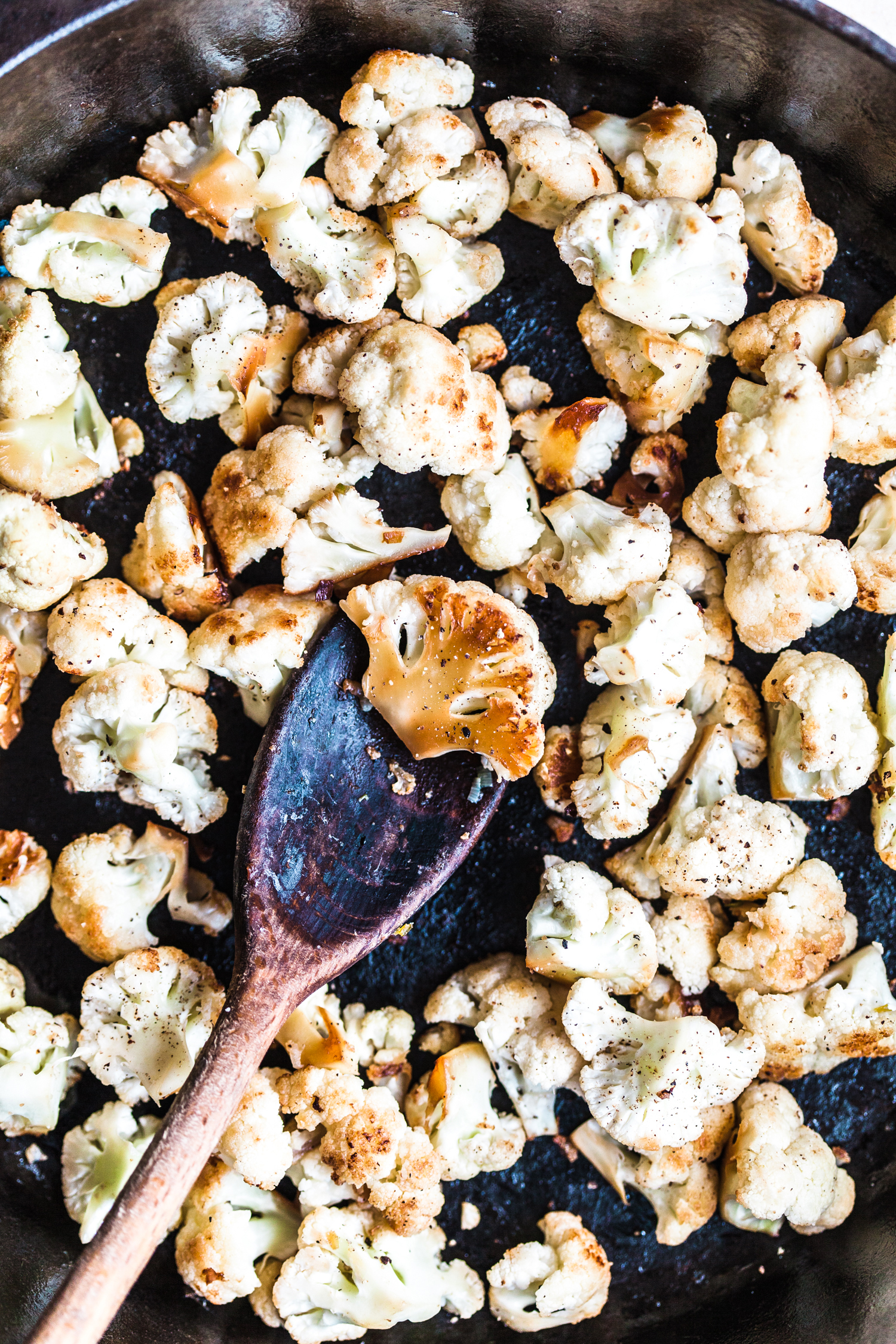 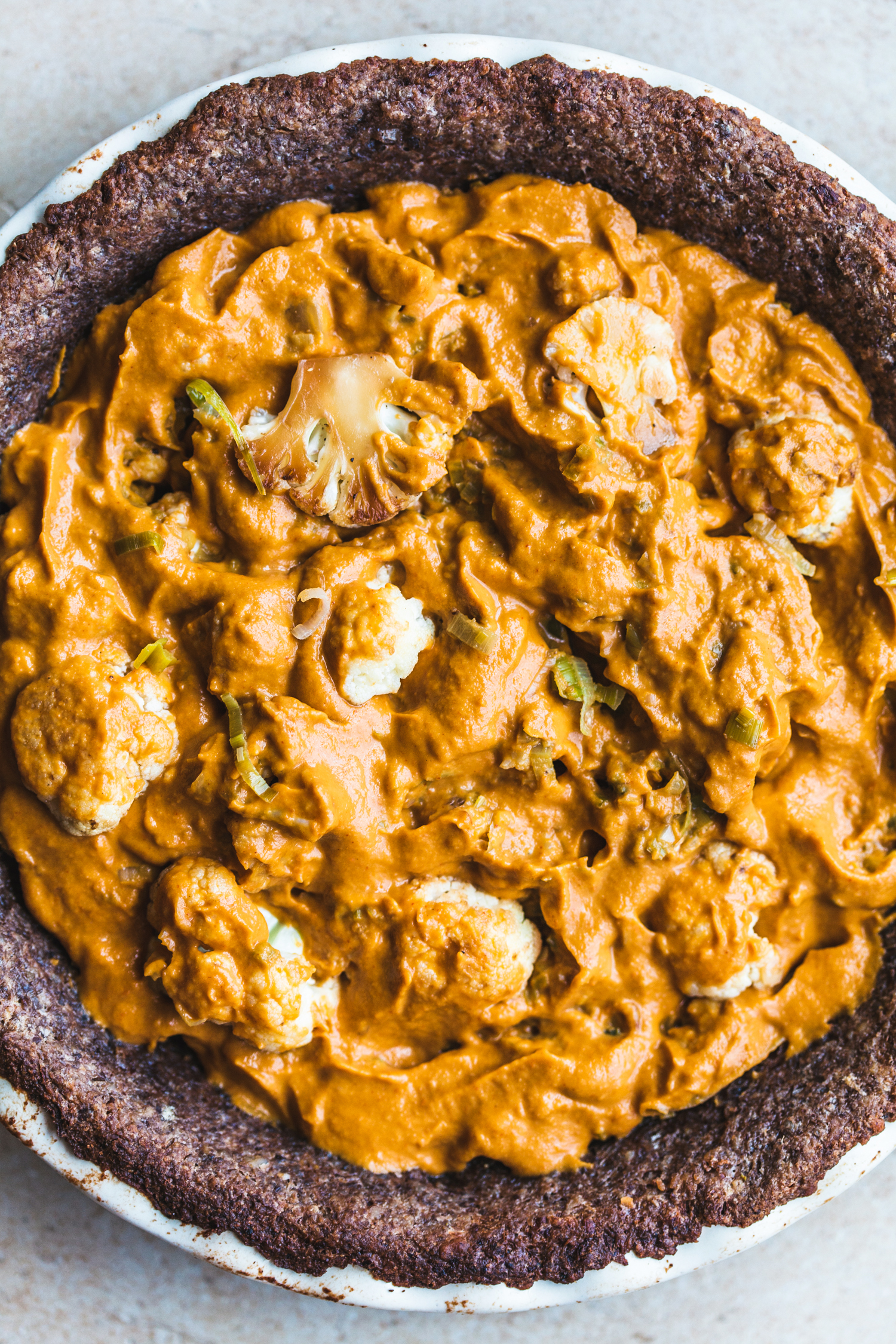 If you’ve been cooking plant-based for a while, you’ve probably heard that boiled potatoes and carrots make for a surprisingly cheesy sauce, when blended smooth with a bunch of aromatic pantry staples like nutritional yeast, garlic powder, and miso. In this recipe, we also add sun-dried tomatoes and smoked paprika to that kind of sauce, for an extra hint of umami and smokiness. We cut a whole head of cauliflower into florets and brown it, then cook it until soft on the stovetop, where we also caramelize some leeks. The cauliflower, leeks and the sauce then get cozied up into the quickly pre-baked onion pie crust and baked all together. The crust is just 5 ingredients, which is a true achievement for gluten-free baking :) This pie is delicious the day of baking, but the leftovers are also amazing (if not better), so you could definitely make it a day ahead and reheat. We will be making the whole thing on our instagram stories this afternoon, if you’d like to see the whole step-by-step process. Happy November! Wishing you all the warmth and coziness. 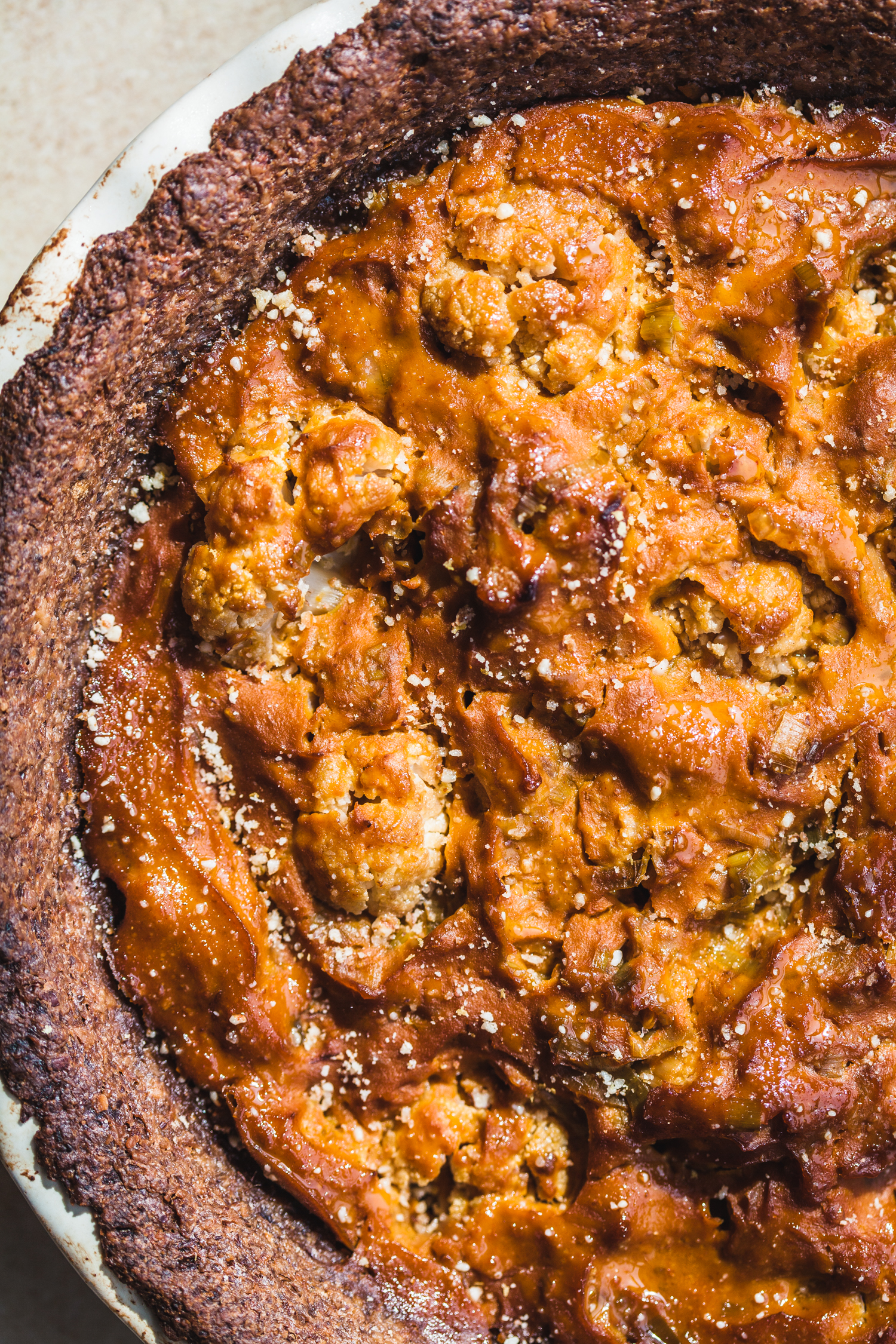 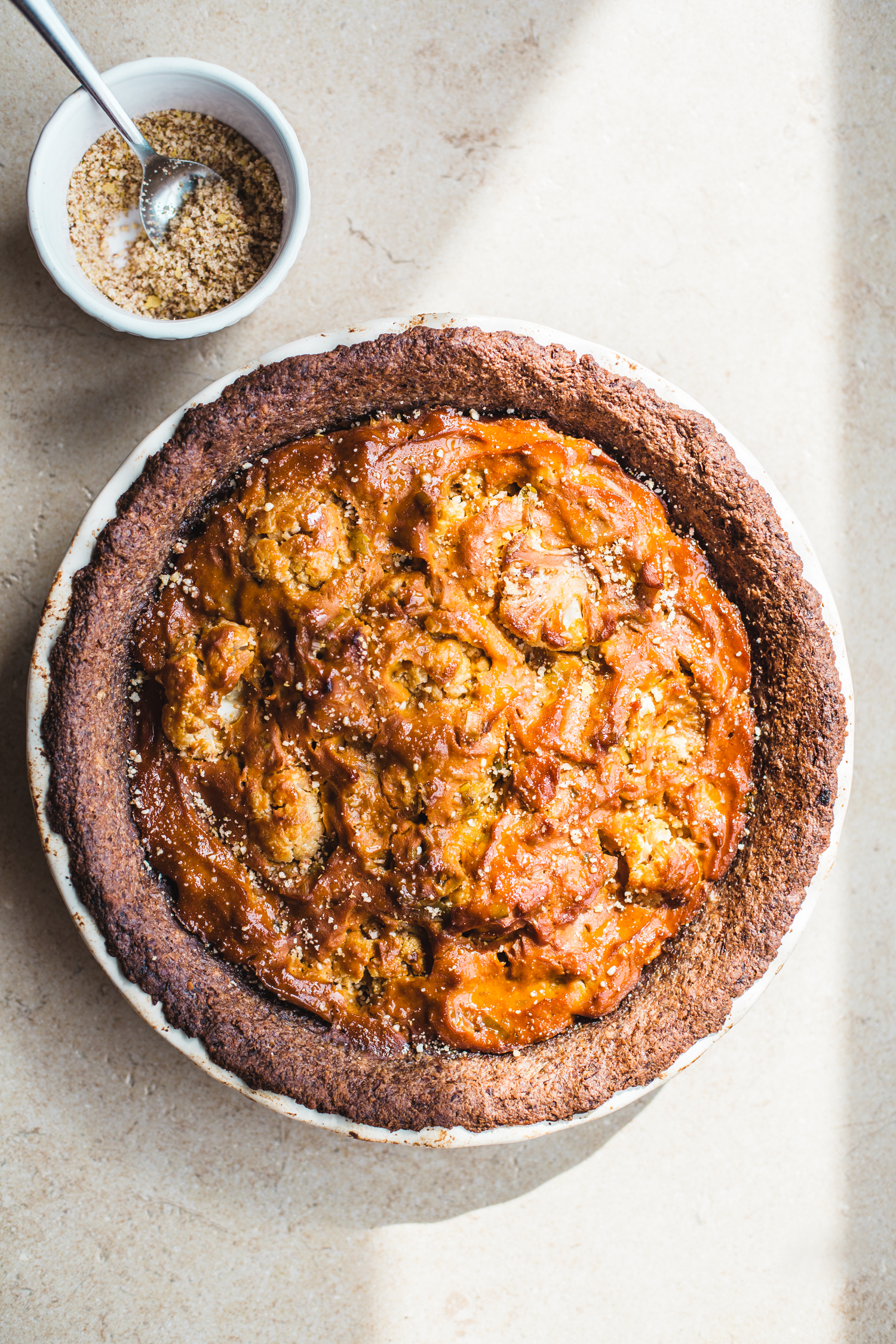 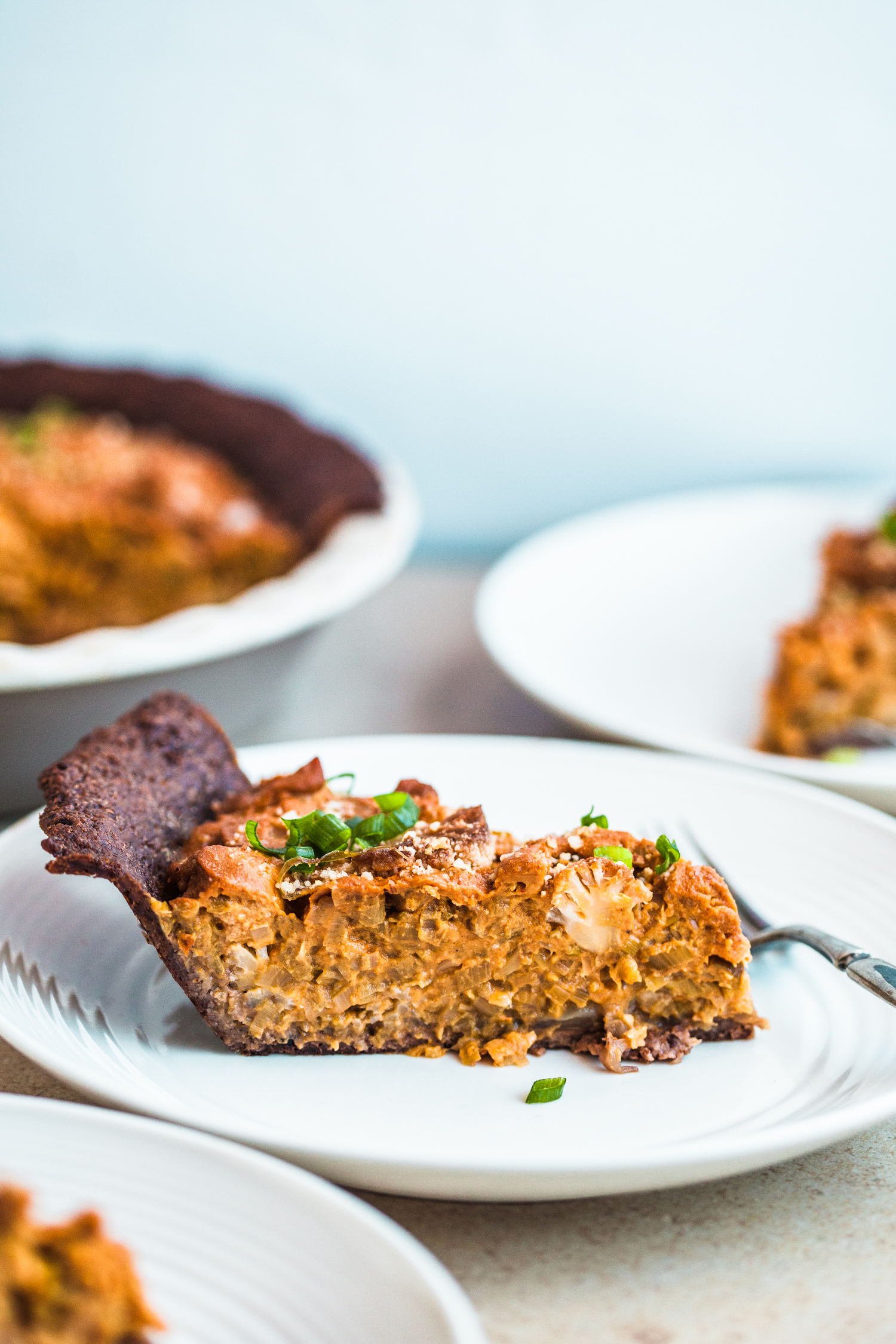 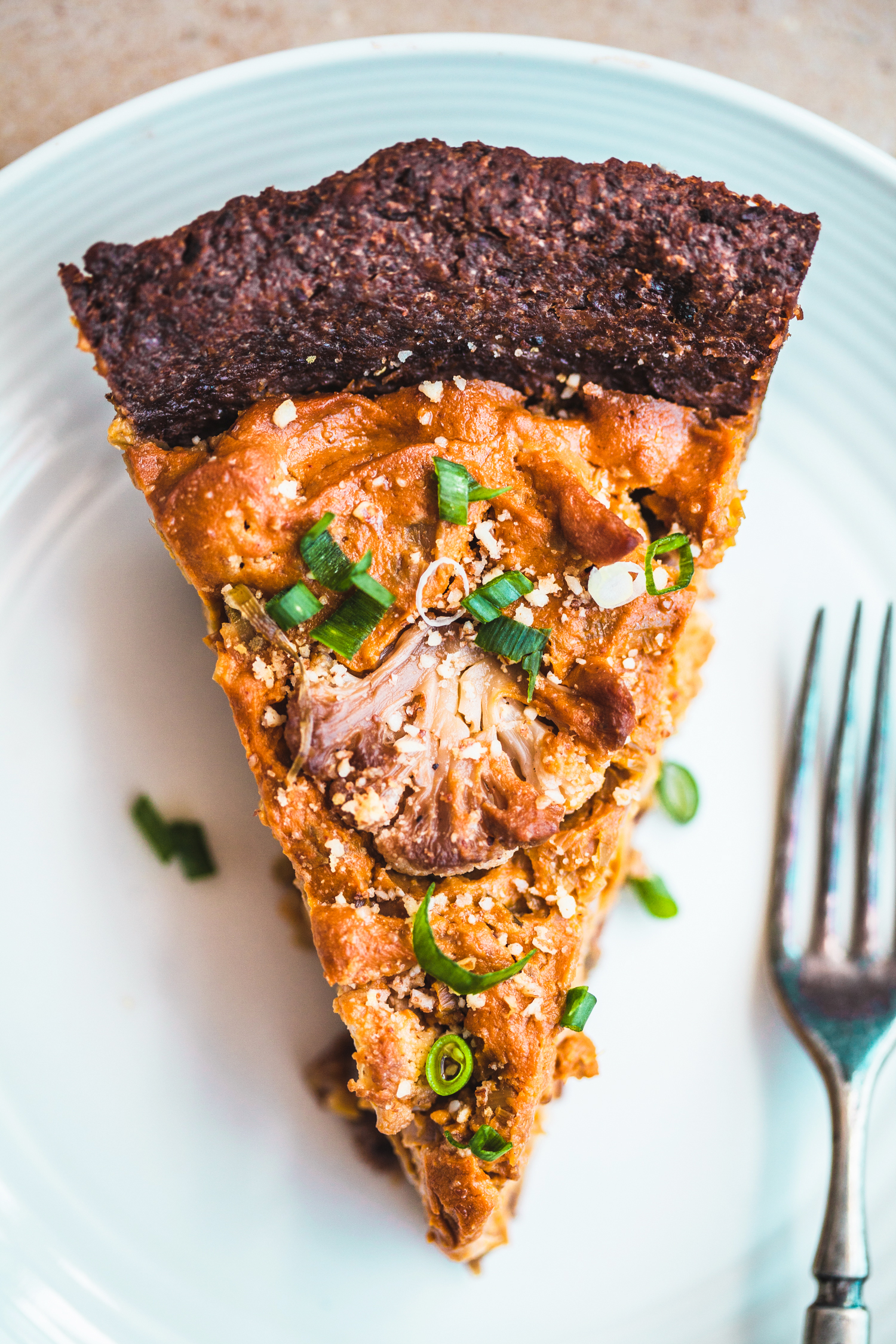 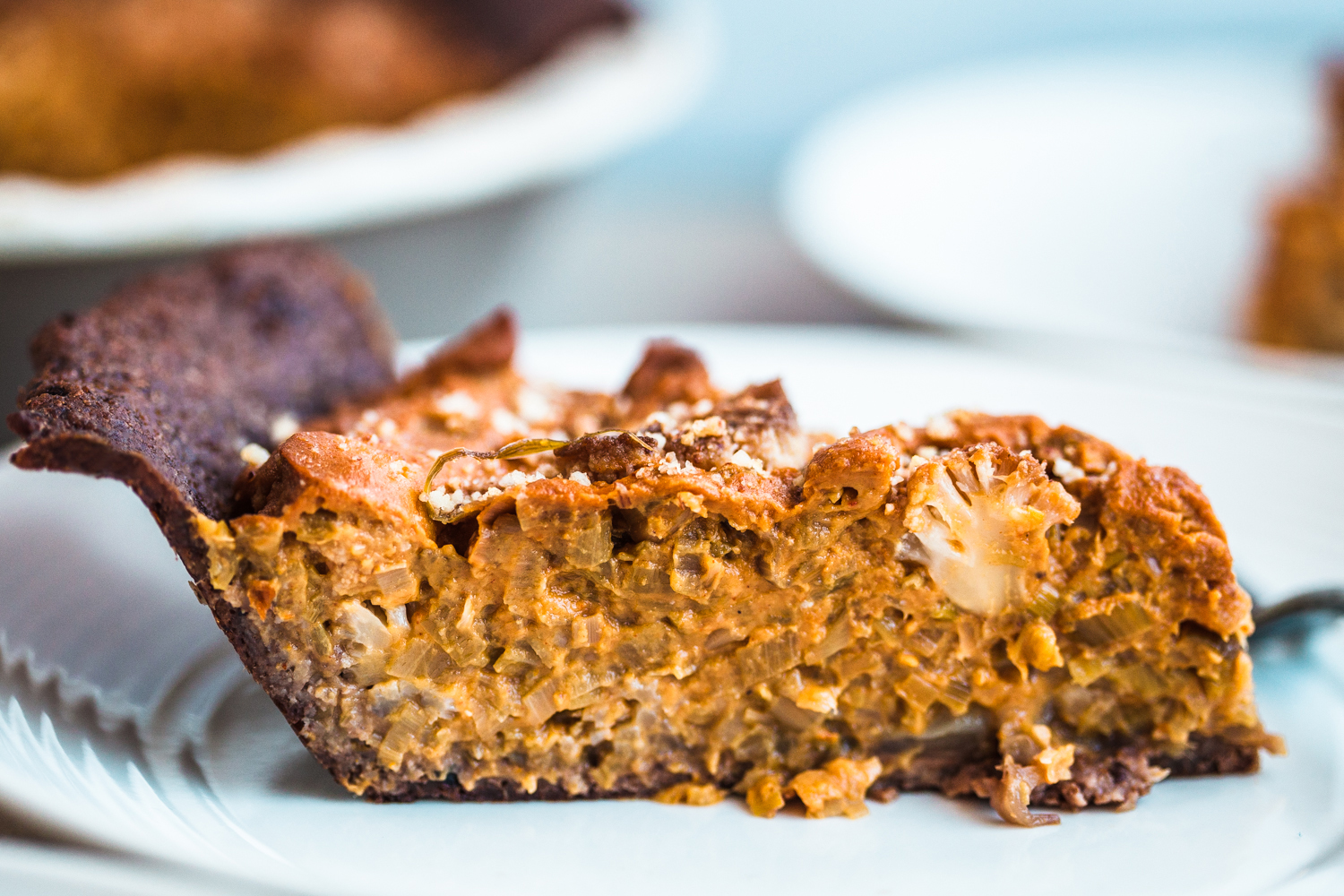 Print
Serves: one 9"-10" pie
Ingredients
for the crust

for the 'cheese' sauce

for the cauliflower and leeks

Instructions
to make the crust

to make the 'cheese' sauce

to prepare the vegetables and bake the pie

Notes
If you have any leftover ground pecans, you can make a quick cheesy sprinkle by mixing them with nutritional yeast, sea salt, and black pepper to taste. Sprinkle over this pie, pasta dishes, avocado toast, etc.
3.5.3226