If you follow me on Instagram, you know I like to cook. At this point, its officially my hobby. I enjoy it so much. I especially like trying new recipes and attempting new techniques I havent done before.

So, when I was putting together this list of top things for 2019, I felt bad not including something food related. After all, Im never going to become an influencer if I dont start upping my #content game.

Thus, we have this list, which is my top new recipes I made from 2019. Ill link to the recipe source where I can and show off all my shiny pictures when I can too. Gotta build my brand.

The most recent recipe on the list is also the first, because I dont order things logically. I made this Christmas Eve and it turned out so wonderfully.

The recipe comes from Alton Brown and is featured in an episode of Good Eats. I adore that show, but his recipes havent always been my best. They are sometimes too complicated or just need finesse I didnt possess. Still, I love his buttermilk busciut recipe and this on turned out spot on.

The balance of flavors was exquisite. The bit of sweetness from the dried apples complimented the pork beautifully, pairing with the saltiness of the prosciutto and the tang from the mustard.

My biggest concern was the puff pastry. Ive worked with it before and it always proves difficult to nail the baking time on. However, this turned out well, cooking through, getting crisp on top and sides while the pork was to temperature.

It also didnt take too long. My setup took a bit longer than the 30 minutes in the recipe, just because I was juggling a couple different things at the same time. It also took about five minutes longer in my oven than the 30 minute baking time. However, with my probe thermometer, it was easy enough to nail the temp.

At this point, Im Slightly Obsessed with Stella Parks recipes. Ive got her book, Bravetart, and follow Serious Eats (where most of these recipes come from). Her brand of science forward baking just appeals to me. Her techniques are easy to replicate, look fantastic and are so tasty.

I also enjoy making cookies quite a bit, which means its weird it took me as long as it did to make these snickerdoodles. Im so glad I finally did. Theyre delicious and easily my favorite or second-favorite cookie in my repertoire.

These cookies are both crunchy and chewy. But the thing that wins me over is the sugar mixture. Dumping it over the top of the cookies turns them into cinnamon toast. They are delightful.

Two troubleshooting things I ran into. The first batch I made, I forgot to turn the oven down as I rotated my pans. This meant I lost that chewy texture and were left with crunchy snickerdoodles. Not the end of the world, but not what I wanted.

Second, I used silicon baking mats for both batches. The second one didnt turn out super chewy either, and I suspect its like Stella points out in this post. It may be the baking mats. Next time, Im using parchment paper and will see how that works. 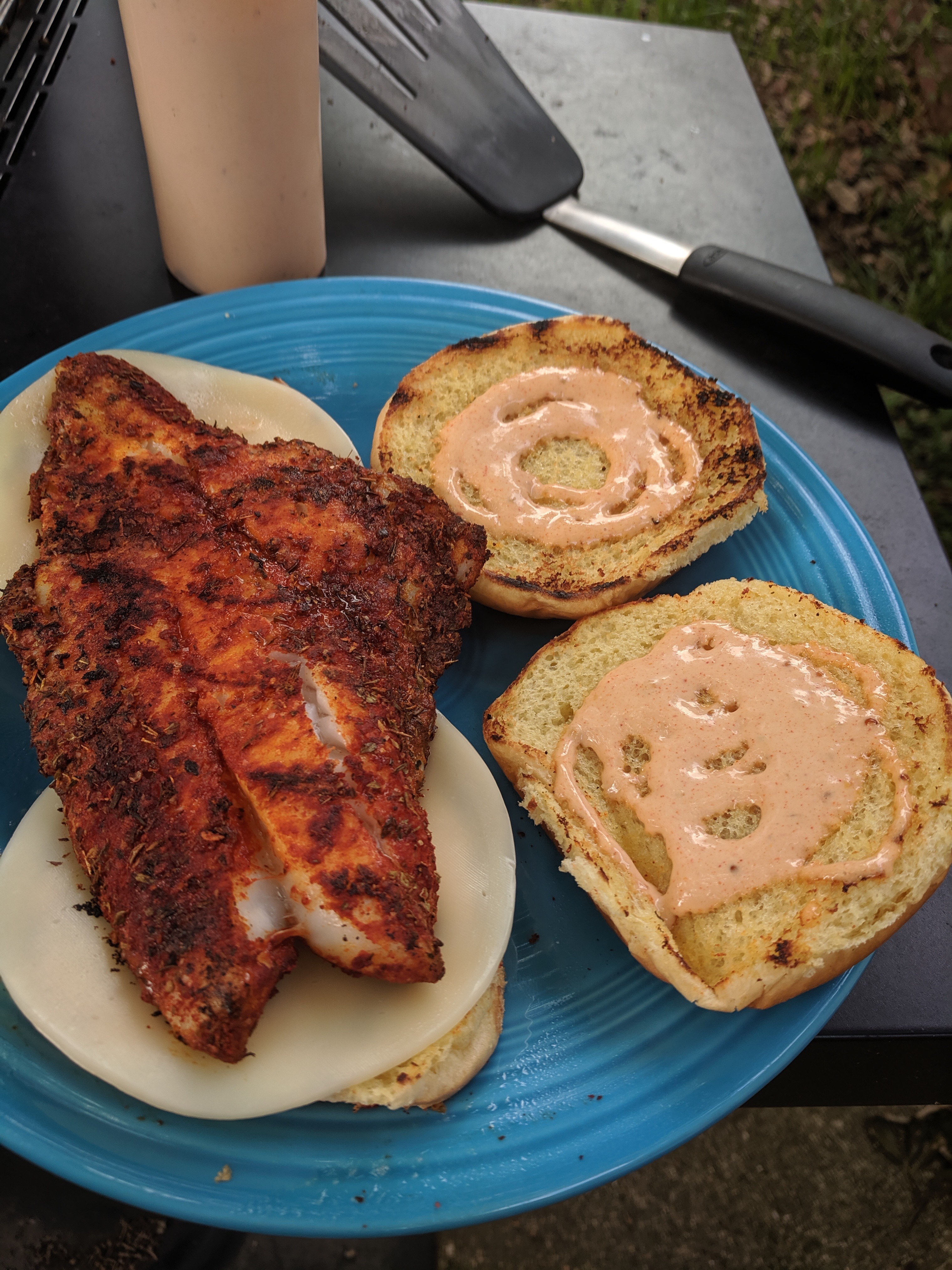 I went back to my well for this one. A recipe I had flagged years ago, I finally made it for July 4th. It was delicious. Grilling the fish gave it great flavor, even if I settled for tilapia instead of the ones recommended here.

The star of the show was definitely the rub. It was spicy and bold and gave the fish great flavor. Slap it on a bun with some cheese and I was in heaven. My only complaint was the fish was too big for one bun. Had to cut it in half and put it on two.

The remoulade sauce was also worth it to make, giving more spice but also some acid for the fish. Overall, I was thrilled with the results.

Its hard to believe that Ive only been making this for a year. But, Ive probably made it five times since then. The recipe is easy to make, which surprised me. When I found it, I was a little intimidated. It seemed like it would be complicated and hard to get right. After all, you didnt want to scramble the eggs.

Most of the time, Ive used bacon as the meat. And its great! Leaves you feeling like breakfast with the yolky flavor and smoky taste. The last time I made it, I used pancetta, which was nice, but didnt render as fast. I also messed up that batch and left it too long over the double boiler, so my eggs got too thick.

Still, its an instant favorite with the boy and a dish Im sure I will be making for quite some time. If only I can find some guanciale.

Sometimes, my favorite recipes are the result of spontenaity. For instance, at an impromptu trip to the farmers market in the parking lot of the mall by the house, I found fresh peaches. They were some of the last of the summer crop and needed to be used quickly. What did that mean?

This one is easy and good. The dough on top is like a biscuit and is covered with a sugar syrup to sweeten it a little. The peaches themselves come together without much additive, forming a syrup easily in the oven.

It tastes like summer in a bowl. Eaten warm with some vanilla ice cream, this was heaven. Ill be sure to make it again the next time I find the end of the peach season approaching.